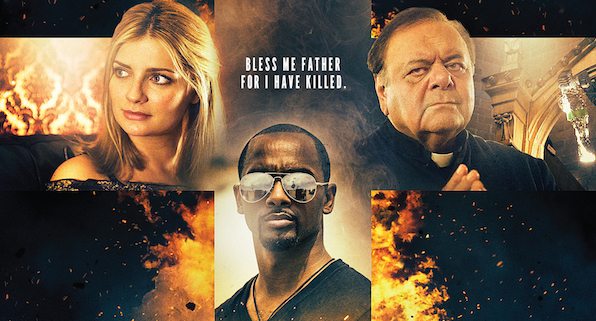 Coinciding with its U.S. DVD and VOD release, we’ve got an exclusive clip from the new thriller Executor, which follows a ruthless assassin, trained to kill in the name of God by a corrupt priest, who re-evaluates his life purpose after saving a little boy from one of his own assassination attempts. Take a look at the clip here…

Kyle (Markiss McFadden) is one of the many orphans raised in an orphanage by Father Antonio (Paul Sorvino). Father Antonio is an assassin who is sent on numerous missions from God and for years, he has led boys to believe that they are killing in the name of the Lord. Kyle was one of the best executioners of Father Antonio’s men. After placing a bomb in a little coffee shop to execute the owner, a little boy named Matthew (Aiden Wind) and his mother walks in the restaurant just seconds before the explosion. Kyle decides to save both of them but unfortunately he was only able to save the little boy. A reluctant Kyle takes him in and keeps him hidden for seven days. Through a very complex relationship, Kyle discovers a different side of him that he never knew existed. With all the fights, flying bullets and explosions, it’s going to be harder than he thought to keep Matthew safe. But with the help of Kyle’s beautiful neighbor Tara (Mischa Barton), it just might be possible.

Executor is out now on DVD and VOD.