Earlier this month it was reported that Warner Bros. and DC were looking to add the duo of Hawk and Dove in the upcoming live-action Teen Titans series Titans, and now we have official word on the crimefighting couple’s casting. 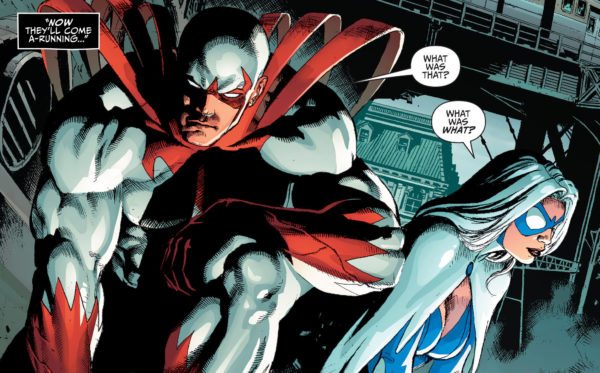 Described as “the perfect example of opposites attract, Hawk is an aggressive, offensive bruiser, while Dove is strategic, defensive and lithe”, the characters will appear as recurring guest stars in the first season, with an option to become series regulars in season two.

Meanwhile, it’s also said that the producers are exploring the possibility of a Hawk and Dove spinoff, which would presumably join Titans on the new DC streaming platform should it get the go ahead.

Pirates of the Caribbean: Dead Men Tell No Tales star Brenton Thwaites will lead the cast of Titans as Dick Grayson, alongside Teagan Croft (The Osiris Child) as Raven and Anna Diop (24: Legacy) as Starfire.