Back at E3 in June DontNod Entertainment announced their latest RPG title, Vampyr, would be released this year on Xbox One, Playstation 4 and PC.  Unfortunately, because of a technical issue that saw the development process on hold until it had been resolved, the game has now been delayed until Spring 2018. 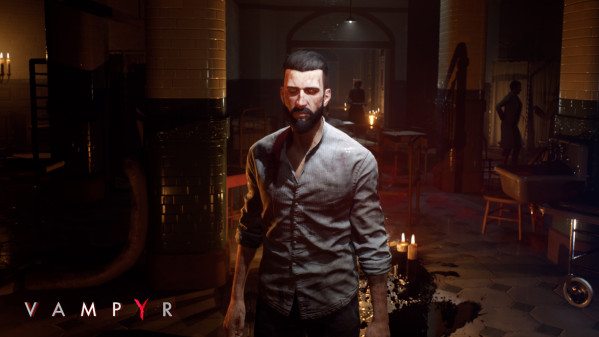 In this day and age of publishing games to deadlines it is admirable of both DontNod Entertainment and Focus Home Interactive to delay the release so as not to sacrifice the quality of the game.

“Delaying the release of a project you hold dear is always a tough decision. However, we believe that meeting a deadline should never compromise quality. We were still convinced just a few weeks ago that we would be able to release Vampyr this year. Unfortunately, a technical issue – now solved – has set our teams’ schedule back at the end of the development.

This delay allows us enough time for all the polishing and balancing phase, much needed for a game of Vampyr‘s scope, with its ambitious, semi-open world, its complex narrative and deep RPG mechanics that give players a real impact on the world.

We want to thank our publisher Focus Home Interactive for giving us the means and time necessary to provide players a memorable experience… especially since so many of you are eagerly waiting for it.” stated Oskar Guilbert, CEO of DontNod Entertainment.

Vampyr will now be available Spring 2018 on Xbox One, PlayStation 4 and PC.