Towards the end of August Netherrealm Studios announced the Fighter Pack 2 DLC for Injustice 2 (see here) and the accompanying announcement trailer briefly introduced us to Hellboy, Black Manta and Mortal Kombat’s Raiden.  Now, a new gamplay trailer has been released showing Raiden in action and also features the Black Lightning skin that will be available.  Check out the trailer below… 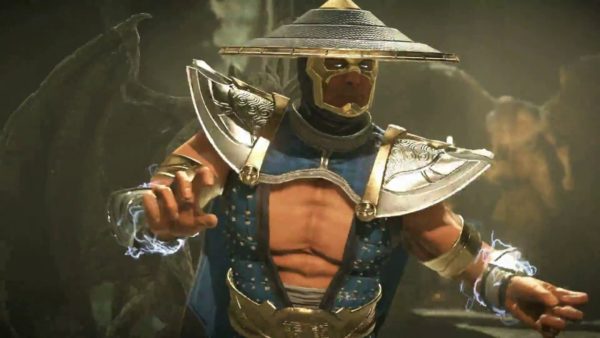 Mortal Kombat’s Raiden is the master of electric attacks, sure he’s not quite Pikachu but you certainly get all the electric attacks you could possibly want as well as the extremely useful teleport and his character specific Torpedo Move.  Raiden’s super move is a hugely elaborate one that sees him summon an electric version of the Mortal Kombat dragon.

The Black Lightning skin featured in the trailer shares the move set of Raiden but will come complete with a unique dialogue and obviously unique look.  This cool new premiere skin will be available to those who have purchased the Ultimate edition.

“I am of truth and light. I protect Earthrealm.” Raiden is joining the Injustice 2 roster this October as part of Fighter Pack 2!

The upcoming Fighters Pack 2 DLC, which is due for release this October, will bring Black Mantra and Hellboy as well as Raiden.