Next month, HBO is set to delve into the life and career of legendary filmmaker Steven Spielberg with the feature length documentary Spielberg from director Susan Lacy, and we’ve got the poster and first trailer for you here; check them out… 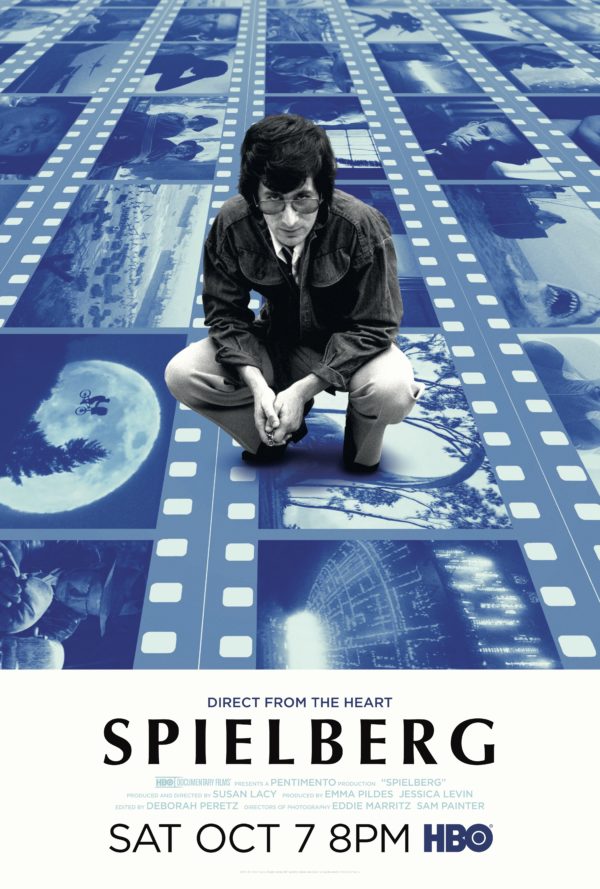 Steven Spielberg has built an unrivaled catalogue of groundbreaking films over the course of his nearly 50-year career. Charting the evolution of this iconic figure, Lacy draws on nearly 30 hours of exclusive interviews with the director, who opens up about his bittersweet childhood and lifelong obsession with moviemaking, his precocious early work as a TV “wunderkind,” his rise to fame through an incredible string of blockbusters, his later forays into more serious dramatic films, and the personal and professional relationships he’s cultivated through the years. […] The result is a remarkably intimate portrait that combines Spielberg’s compelling first-person narrative with an in-depth exploration of the creative process and craftsmanship that have set him apart, highlighting themes such as separation, reconciliation, patriotism, humanity and wonder, which recur throughout his work.