We’re almost three movies into the Disney era of the Star Wars saga, and so far, it’s been rumoured that Ian McDiarmid’s Emperor Palpatine would make a cameo in all three. 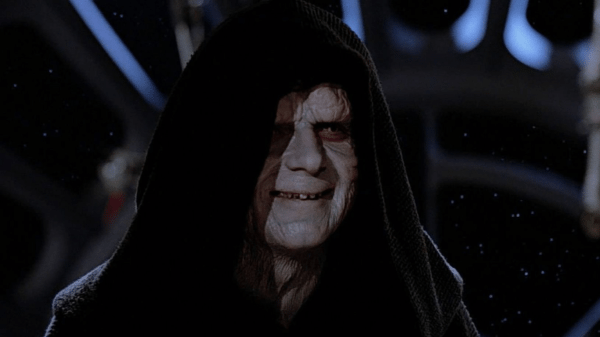 As we now know, he was absent from Star Wars: The Force Awakens and Rogue One: A Star Wars Story, and while we’ve still got a few months to go before we get to see Star Wars: The Last Jedi, it would seem highly unlikely that the Sith Lord pops up anyway in Episodes VIII and IX either (although a ‘Forceback’ cameo isn’t out of the question).

Nevertheless, given that Disney and Lucasfilm seem intent on mining familiar characters and eras with their Anthology movies, it’s surely only a matter of time before Darth Sidious does make his return to the big screen. And when he does, McDiarmid is hoping that he gets the call to reprise the role.

“I suppose there must be a chance but I think you’d find out about it more quickly than I would,” McDairmid told the BBC when asked if there are any plans for Palpatine to return. “As far as the new films are concerned, I’m dead. There is no question about that. But there is what they call the anthology series and actually the most recent one, Rogue One, was about the time when I was in charge. I was referred to a few times, Darth Vader popped up, but you did not see me. Maybe they are keeping me as a surprise for later but I have no idea. Of course, I don’t want anyone else to play him.”

Would you like to see McDiarmid back as The Emperor for a future Star Wars movie? Let us know in the comments below…