Headup Games and Pixel Perfex have announced that Earth Atlantis, their post-apocalyptic, 2D scrolling shooter set beneath the waves, will be coming to the Nintendo Switch this autumn.  In Earth Atlantis venture deep into a flooded world to hunt mechanical sea monsters.  Watch the new trailer below to see the beautifully animated art style. 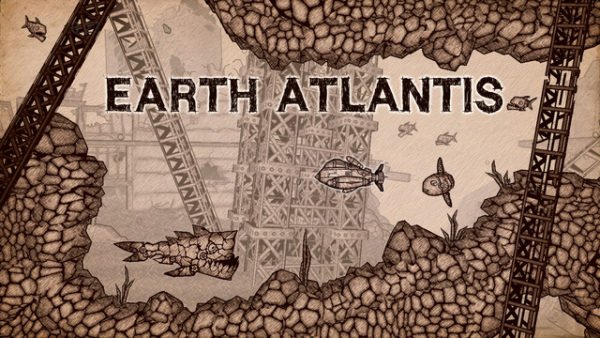 In Earth Atlantis a cataclysmic climate shift occurred at the end of the 21st century that flooded 96% of the Earth’s surface.  As a result human civilisation ceased to exist as we know it, cities became submerged and the machines took to a new life as sea creature/ machine hybrids.  Players will jump into one of four available submarines and hunt down these hybrid sea monsters while also rediscovering mankind’s sunken world.  Each sub will have its own advantages and weaponry to help in your hunt for the terrifying hybrids.

Sporting a 14th century sketch art style, Earth Atlantis looks to be inspired by the side scrolling retro games of the past and does remind me of the likes of Rex and Cybernoid on the Sinclair Spectrum.

Earth Atlantis will be coming to the Nintendo Switch this autumn.