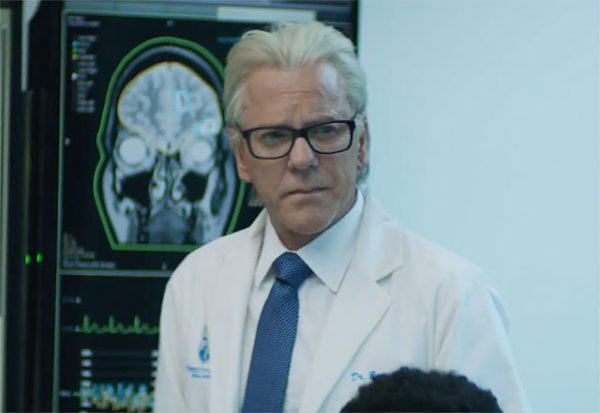 Last week we got a final trailer for Flatliners [watch it here], and now new TV spot has arrived online for the upcoming sci-fi thriller reboot/sequel which features a very brief look at Kiefer Sutherland in his returning role as Nelson Wright; check it out below…

“I play a professor at the medical university,” Sutherland told Metro. “It is never stated but it will probably be very clearly understood that I’m the same character I was in the original Flatliners but that I have changed my name and I’ve done some things to move on from the experiments that we were doing in the original film. I loved making the first film and when I was asked if I would be interested in taking part in this, it didn’t take more than a minute to say yes.”

In Flatliners, five medical students, obsessed by the mystery of what lies beyond the confines of life, embark on a daring and dangerous experiment: by stopping their hearts for short periods of time, each triggers a near-death experience – giving them a firsthand account of the afterlife. But as their experiments become increasingly dangerous, they are each haunted by the sins of their pasts, brought on by the paranormal consequences of trespassing to the other side.

Flatliners is set for release on September 29th.