Atlus have released two new class trailers for their upcoming RPG Etrian Odyssey V: Beyond the Myth which is due for a North American release on the Nintendo 3DS on the 17th October.  These latest trailers place the spotlight on the Rover and the Necromancer; watch them below… 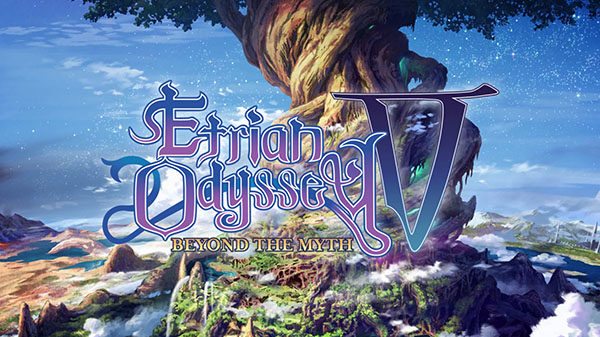 The Rover is the hunter class on Yggdrasil and are extremely skilled at using long ranged attacks.  They have a vast knowledge of nature and of the animals and creatures that inhabit the world which makes them a valuable commodity during battles and especially when exploring uncharted territory.  In combat the Rover is able to call in help from animals which can support in both attack and defence.

The Necromancer is the second character class to get the spotlight this week and is certainly an interesting fellow.  Necromancers are not the best of fighters, they have little skill with weapons but what they do have is an amazing magical ability to summon wraiths.  These wraiths are used in battle to attack and to take the damage that the Necromancer would otherwise suffer but they can also be used for less violent things.  Wraiths can be sacrificed for a number of beneficial reasons including healing the party, disable enemy defences and increasing the party’s magical strength.  The wide range of uses for the wraith makes the Necromancer an invaluable member of any team.

Etrian Odyssey V: Beyond the Myth will arrive on the 3DS on the 17th October.