Earlier this year, former U.S. president Bill Clinton simultaneously shocked and intrigued the world with the news that he’d be co-penning a novel with best-selling author James Patterson, entitled The President is Missing, and now, the pair’s big plans for the thriller are starting to take shape. 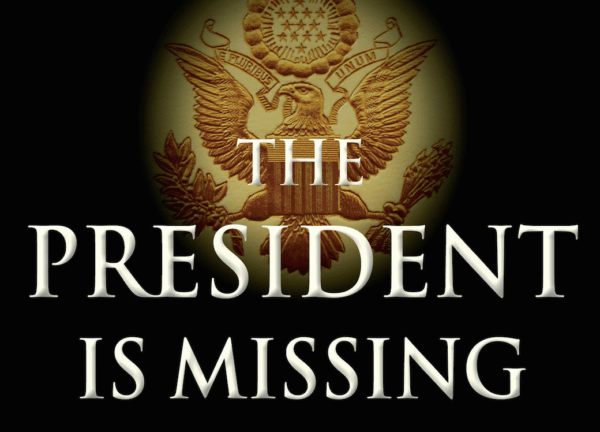 David Nevins, president and CEO of Showtime, announced today that the network has acquired the rights to the upcoming novel and is looking to develop it into a TV series. Clinton and Patterson pitched it during a 16-meeting tour in Los Angeles and helped secure the Showtime deal with the help of the 42nd president’s longtime friend and CBS CEO, Les Moonves. Moonves’ network currently houses TV adaptations of two of Patterson’s books, Zoo and Instinct; the author inked a first-look deal with the network a few years back. Read a summary of the book below…

President Clinton and Patterson tell the startling story of a sitting U.S. president’s disappearance, with the level of detail that only someone who has held the office can know – generating a powerful, one-of-a-kind thriller. Though fictional, the story brings to life the pressures and realities of the most important position in the world.

On the news, Nevins said, “Bringing The President is Missing to Showtime is a coup of the highest order. The pairing of President Clinton with fiction’s most gripping storyteller promises a kinetic experience, one that the book world has salivated over for months and that now will dovetail perfectly into a politically relevant, character-based action series for our network.”

Clinton expressed his enjoyment of the writing process and excitement over seeing his characters be brought to life by Showtime. Patterson added, “The White House is such an exciting world to explore and is made even more so with the unique insights of a former President. Rich storytelling opportunities for this series abound.”

The book makes Clinton the first former president to write or co-write a thriller. The “gripping tale of power and betrayal” will hit shelves on June 11th, 2018.