We got fooled by a few cleverly done fan-made posters earlier this week [check them out here], but with Spider-Man: Homecoming set to arrive in Chinese theatres later this month, Sony has unveiled a new IMAX poster for the Marvel blockbuster which sees Spidey looking a little worse for wear in his battle with the Vulture; check it out here… 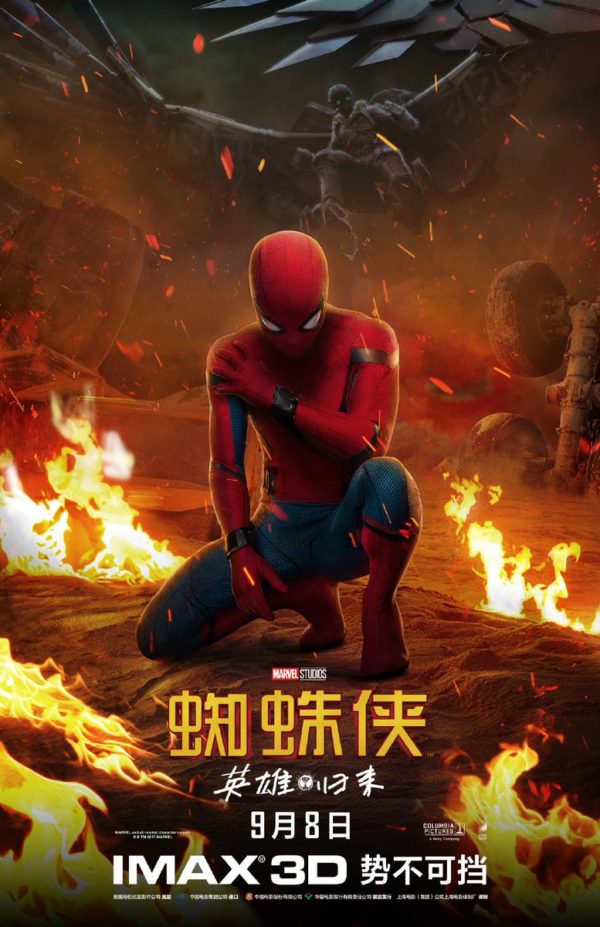