Martin Carr reviews the eighth episode of The Strain season 4… 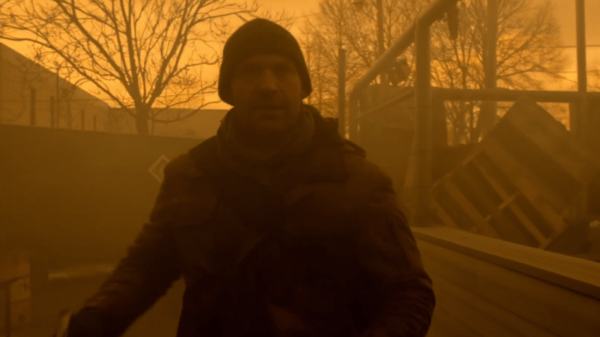 People are circling the wagons, gathering forces and preparing for a final push as the Strigoli and their omnipotent ‘Master’ scatter like flies. There is a coalescing of errant members, some summary executions and at least one reckless raid which brings closure. Emotions are running high, painful decisions need making with the minimum of fuss and there is a torch passing of sorts which makes real sense. Beyond that ‘The Strain’ is propelled along by searing guilt, cunning guile and at least Strigoli going hog wild crazy mad in a packing plant for human animals.

As plots are hatched and the aftermath of Setrakian’s encounter bring an ill wind to bare, we find ourselves amongst friends as Goodweather, Dutch, Gus, Fet and Quinlan join forces. There are of course more companions to speak of but having our original protagonists back in a room feels oddly nostalgic. A ploy which holds more purpose than mere homecomings often harbour, as devastation hits slow and hard impacting one and all. Moods are low, emotions high and allegiances tested once the smoke settles and those who still stand but band together. 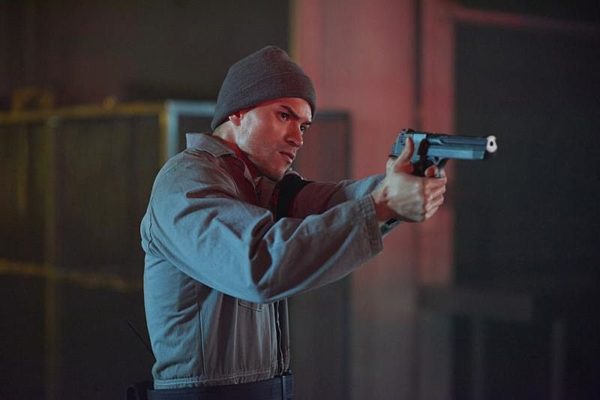 Epiphanies are experienced by at least one member of our motley crew along the road towards our season finale. White blood sprays as dismembered heads roll left and right and anger drives many while instinct lead the rest. In the precious moments after liberation our party stand together with their prize tied to a chair, unsure of his location and awaiting judgement. ‘Extraction’ revels in the urgency and opportunity to propel things along which these plot points provide, putting fire beneath the dormant and pressure elsewhere to great effect.

Their nuclear warhead offers up a moral conundrum in which human lives are levied against the destruction of a single soul. Here is where ‘The Strain’ gives us some food for thought allowing these characters to discuss their options. Those that value long term solutions over an instant fix might choose to look away, for as long as that warhead exists there are other choices. However what we are faced with in the end is a trade of sorts. Something only made possible because ‘The Master’ is out of allies and playing his singular trump card.

As the curtain calls begin and that final hand is dealt there is no telling which way things will go. In the end it will come down to love and few would bet against paternal instincts being swayed, even if humanity and its very survival hangs by a thread.