Nosebleed Interactive have teamed up with Wired Productions to bring their tongue in cheek space shooter, Vostok Inc., to the Nintendo Switch later this year.  This twin stick shooter will provide the same quality mini-games and entertaining quest that made the game beloved by many on consoles and PC when it was released earlier this year. 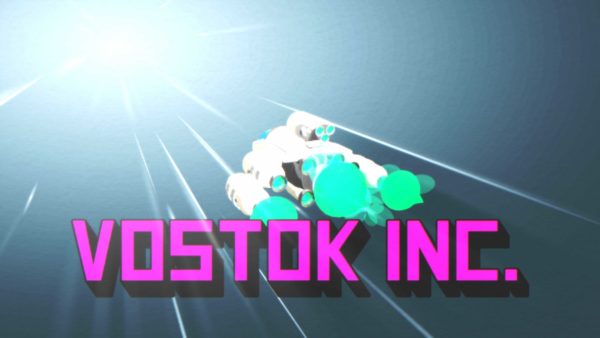 Vostok Inc. puts players in the role of the new CEO of interplanetary company Vostok Inc. with the aim to make as much money as possible in a very money hungry universe.  In order to fulfill this objective, players will pilot their ship to explore over 40 worlds scattered throughout six solar systems.  Planets discovered will be able to be colonised, industrialised and exploited to gain money but watch out for the alien species with their own agendas that will hamper your attempts at becoming rich.  Fortunately, your ship can be upgraded with over 40 powerful weapons and augmentations to defend yourself with.

Andreas Firnigl, Managing Director and designer at Nosebleed Interactive commented. “Vostok Inc. is a game suited to Nintendo Switch, like nothing we’ve played so far. It’s the only console capable of satiating your wonton disregard for the wellbeing of others in search of intergalactic fortune.”