Lone indie developer, András Illés aka Progorion, has revealed a brand new trailer for his upcoming simulation title, Computer Tycoon which launches on Steam Early Access on the 12th October.  This new trailer is a tribute to Steve Jobs whose work in the computer industry gave András Illés the inspiration for the game.  Watch this trailer below… 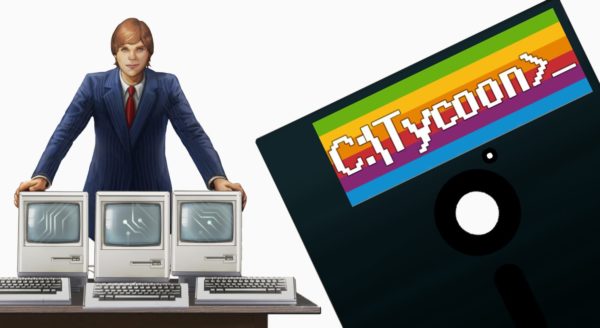 Computer Tycoon is a business strategy game about the evolution of the computer and the industry that was born from it.  Starting in the 1970’s, players will start their own company and carry out research and development to dominate the market well into the 2030’s.  Players will be able to create the best hardware and operating system, manage company infrastructure, promote marketing, find successful video games and developers and become a household name.  Every decision the player makes will have an impact on the company and its success.

This silicon strategy game will feature:

If you think you can do a better job that Atari, Commodore, Sinclair or Apple then Computer Tycoon will give you the opportunity to prove it when it arrives on Steam Early Access on 12th October.