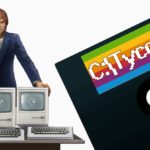 Lone indie developer, András Illés aka Progorion, has revealed a brand new trailer for his upcoming simulation title, Computer Tycoon which launches on Steam Early Access on the 12th October.  This new trailer is a tribute to Steve Jobs whose work in the computer industry gave András Illés the inspiration for the game.  Watch this trailer […]