Fancy replaying the war between the Roman Empire and the Celtiberians of Numantia in 154 BC?  If the answer to that is yes then you will be pleased to hear that developers RecoTechnology have announced that they will be releasing their turn based strategy game, Numantia, on the 25th October on the Xbox One, Playstation 4 and PC. 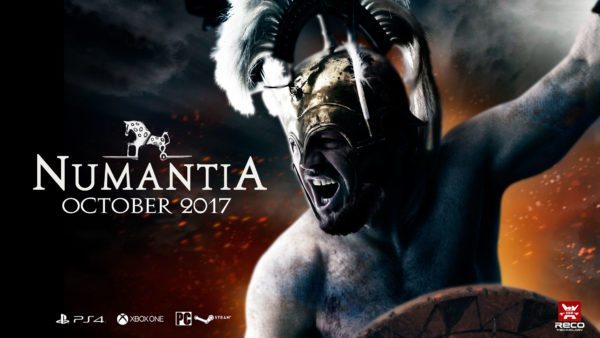 Throughout these two campaigns players will be able to take on the mantle of famous heroic characters like Carus of Segeda and Roman General Scipio, command over 30 different units and take on the enemy forces in a number of historically accurate locations like Termes or Palantia.

Play through two different campaigns as Numantia, the most importan Celtiberian city in Hispania or as the Republic of Rome, in its conquest of the Peninsula. Plan your strategy with more than 20 units inspired in real formations; relive 20 years of conflict through the eyes of our heroes with our event system. Experience one of the most important part of Spanish history like you’ve never before.

Numantia will be available on the Xbox One, PS4 and PC on the 25th October.