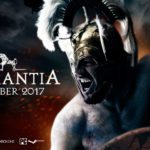 Fancy replaying the war between the Roman Empire and the Celtiberians of Numantia in 154 BC?  If the answer to that is yes then you will be pleased to hear that developers RecoTechnology have announced that they will be releasing their turn based strategy game, Numantia, on the 25th October on the Xbox One, Playstation […]