Sideshow has unveiled its upcoming 1/5th scale Wasp statue, the latest addition to the Avengers Assemble collection. The Marvel collectible is available to pre-order now, priced at $390 and is expected to ship between October and December 2018; check out the official promo images here… 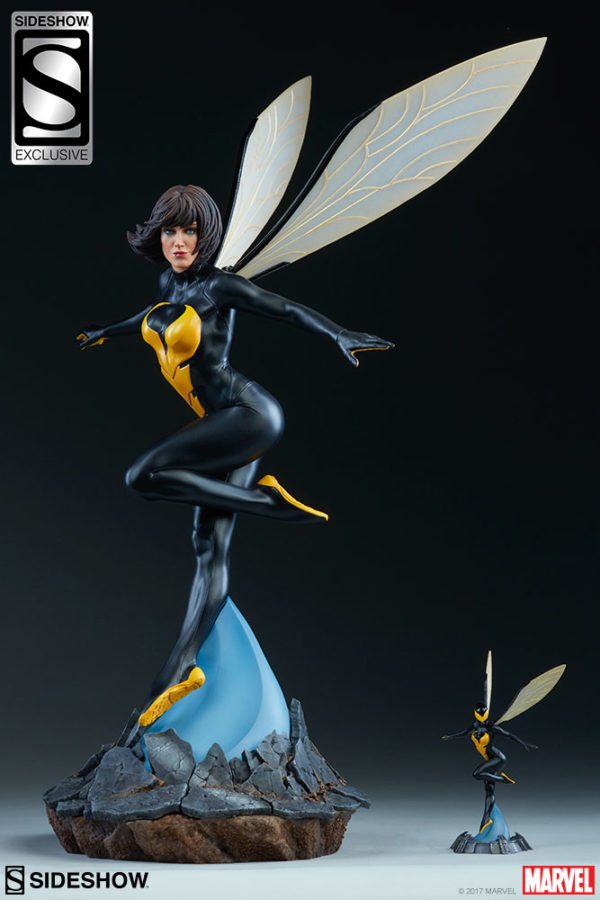 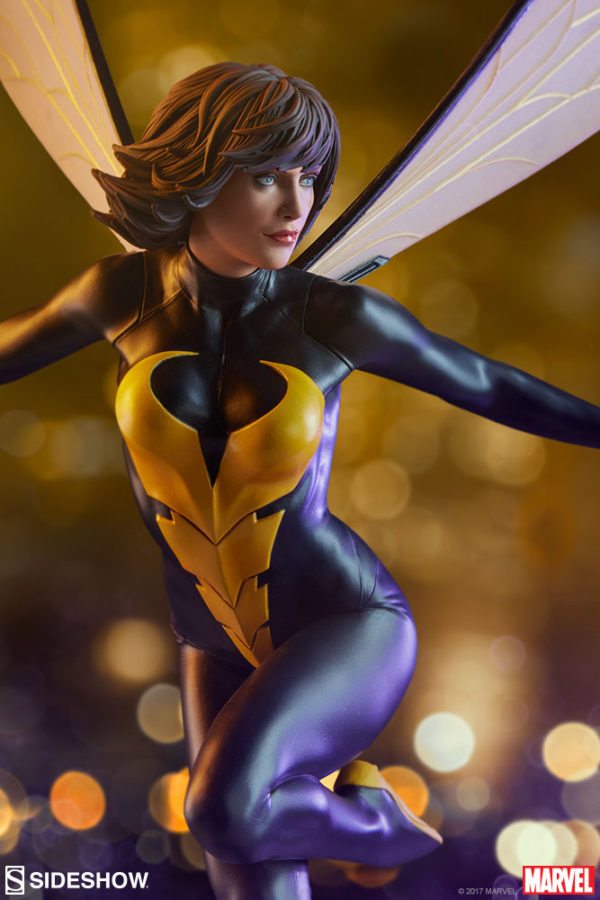 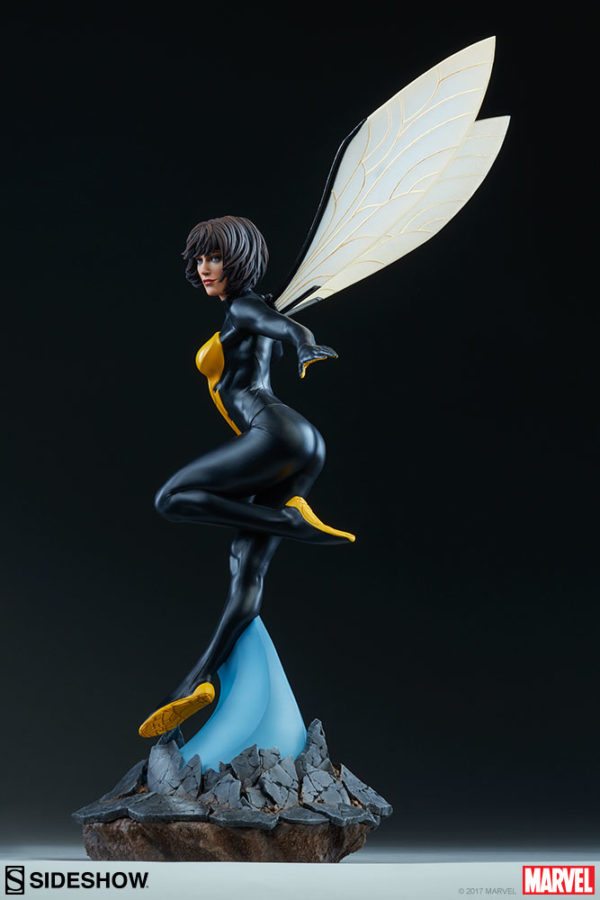 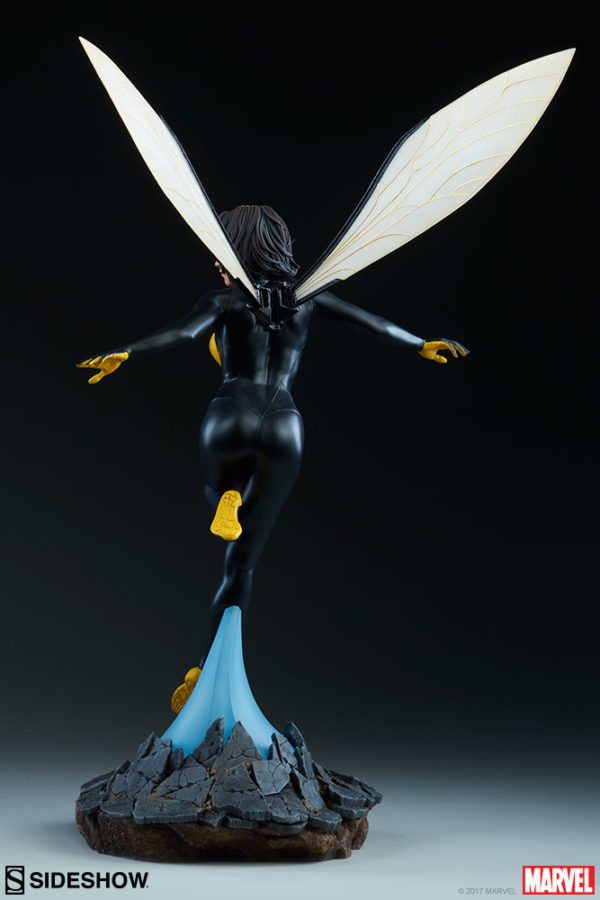 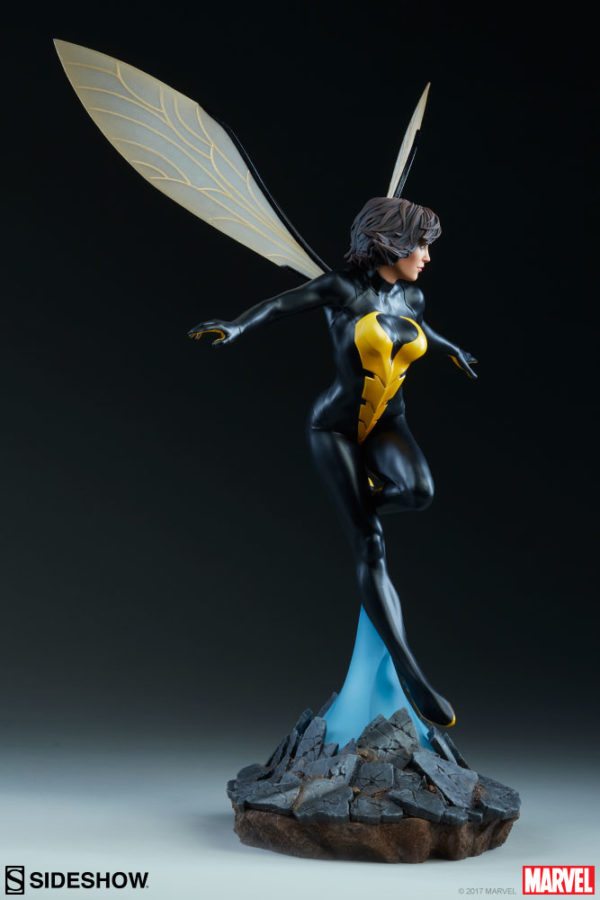 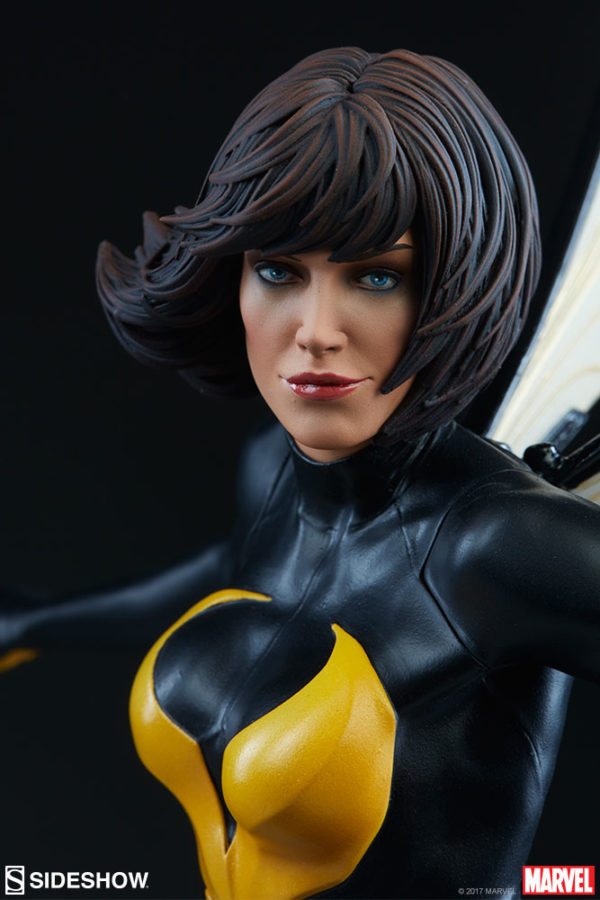 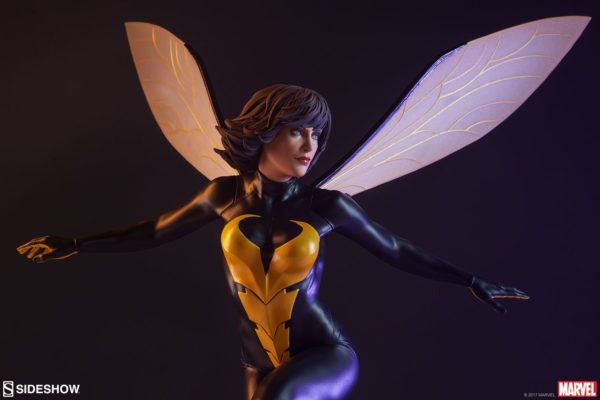 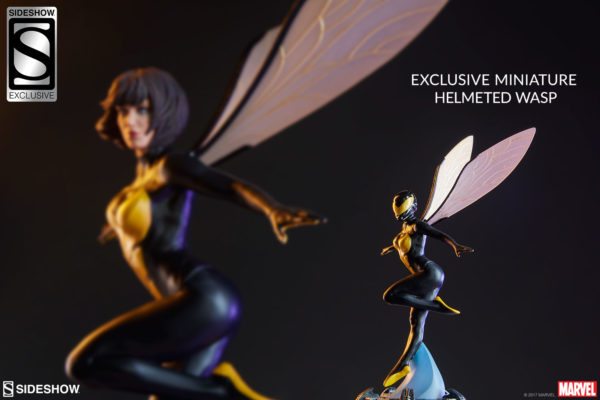 Founding Avenger Janet Van Dyne is known for her larger than life attitude and her dynamic ability to shrink and fly. As the Wasp, she brings her bioelectric energy into every battle, joining her teammates in the fray in 1:5 scale.

The stylish superheroine is dressed in her black costume with yellow accents on the feet, hands, and the insectoid armor design on her torso. Her portrait is sculpted with windswept hair and a confident expression, giving off that effortless flair that Janet is famous for.

The Wasp Statue stands 18” tall from the tip of her detailed, translucent wings to the bottom of her base, which is bursting with blue energy as she takes flight. The cracked earth on Wasp’s proximity base allows you to display her alongside the rest of the Avengers Assemble series to create an expanded environment, or let her fly solo in your Marvel collection.

The Exclusive Edition of the Wasp Statue includes a miniature helmeted Wasp which stands 4” tall, showing the diminutive Van Dyne utilizing her Pym Particle powers. Show her alongside the Wasp Statue to get the full effect of her shrinking abilities, or add the smaller heroine into a larger Avengers lineup as a unique display option.