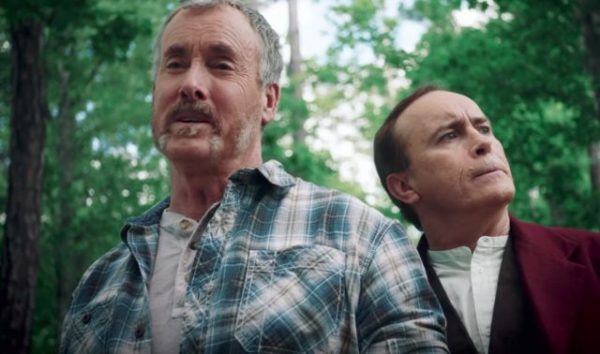 With less than a month to go until the season 2 premiere of Stan Against Evil, a new trailer has arrived online for the comedy horror series which sees the return of stars John C. McGinley, Deborah Baker Jr., and Nate Mooney and features guest appearances from Denise Boutte, Jeffrey Combs, David Koechner, Patty McCormack, and Steven Ogg; check it out below…

“Season 2 picks up again in Willard’s Mill, the small New England town where the perpetually disgruntled former sheriff Stan Miller (John C. McGinley) must begrudgingly get off his couch to solve the mystery of Sheriff Barret (Janet Varney)’s time-travelling disappearance. Through thick and thin, the unlikely team continues to battle against the unleashing of wicked demons trying to take over their town, which happens to be built on the site of a massive 17th-century witch burning.”

Stan Against Evil season 2 is set to premiere on November 1st.