Telltale Games, DC Entertainment and Warner Bros. Interactive Entertainment have announced that their hit title, Batman – The Telltale Series, will arrive on the Nintendo Switch on the 14th November in North America and 17th November in UK and Europe.  The Switch version of the game will contain all 5 episodes and will be available digitally and physically from local retailers.  Check out the Nintendo Switch edition of the game in the trailer below. 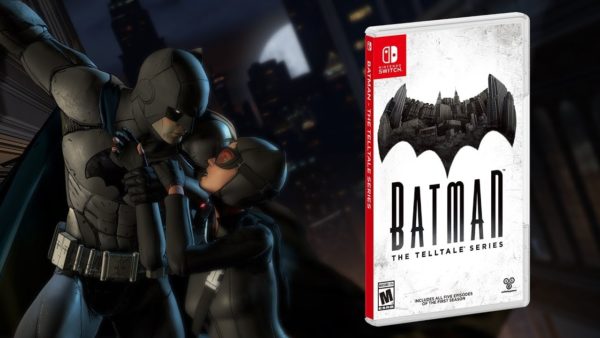 As you probably already know, Batman – The Telltale Series puts players in the shoes of millionaire playboy Bruce Wayne and his heroic alter-ego, Batman.  In the series’ opening episode Bruce discovers his father was a ruthless crime boss and this shocking news forces him to question everything he knows about his family and himself.  During the episodes players will need to continue the fight against chaos on Gotham’s streets as well as seeking the truth about his family’s past.

“This will be Telltale’s first Mature-rated title on the system, so we’re really excited not only to have our game on Switch but also to approach a new audience with a game we’re really proud of,” said Executive Producer Sean O’Connor. “We think our unique take on Batman is a great way to introduce Nintendo fans to Telltale’s style of storytelling. It’s also nice that returning fans will be able to experience the game on a console they can take with them everywhere.”