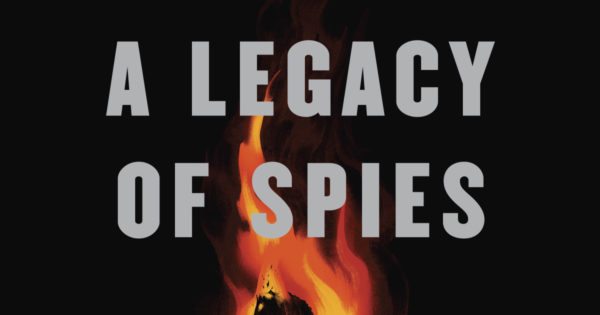 John le Carre has had a long career as one of the best spy thriller writers with stories like The Night Manager and The Constant Gardener, but he’s most famous for the creation of George Smiley from stories such as Call for the Dead and Tinker, Tailor, Soldier Spy. Now he returns to one of his most famous works with A Legacy of Spies, a semi-sequel to The Spy Who Came In From The Cold. The story picks up years later and follows Smiley’s loyal colleague Peter Guillam, now an elderly man, as he’s put to blame for the past wrongs of the Circus, namely the deaths of agent Alec Leamas and civilian Liz Gold from Cold.

le Carre’s re-entry into the world of the Circus is pretty seamless. It’s been 25 years since his last Smiley novel, but he doesn’t miss a beat. He crafts the story in such a way that readers won’t need extensive knowledge of his previous works – though having read The Spy Who Came In From The Cold and Tinker, Tailor, Soldier, Spy does increase one’s enjoyment of it. Still, le Carre gives a recap of those stories as investigators try to uncover Guillam’s role in Leamas’ death and how much of it may have been planned.

Focusing on Gilliam rather than Smiley proves to be a very good choice as it pulls back the layers a bit more on this supporting character and examines his role in le Carre’s biggest stories. This way we get a bit more of an introspective look at Smiley and the Circus’ and the events leading up to Cold as well as giving a better look at Smiley’s follower. Guillam appears as a much more rounded and fleshed out character than the past novels, showing a level of regret and pathos as he’s forced to reflect on some of the biggest mistakes of is life.

A Legacy of Spies themes are pretty strong throughout the book. le Carre focuses on the differences between how the Circus operated during the Cold War to how government agencies operate in the present day and what is ‘acceptable’ in their plans. Of note is how simultaneously professional and reckless Guillam could be with his contacts and emotions, letting just a couple slips due to his passion and grief come back to haunt him after many years. His arc is an interesting one, especially since he’s being demonized for decisions that were made above his pay grade, but since he’s one of the few veteran Circus members left and can be found.

The supporting characters are nice foils for Guillam. There’s the two service lawyers and agents Laura and ‘Bunny’ who are always passive-aggressively nice to Guillam while admonishing him. Those looking for a lot of Smiley and other Circus characters won’t get too much more; their roles are fairly small in the flashbacks, though le Carre does do a lot to peel back Alec Leamas’ character and expand on Smiley’s motivations and background role during Cold.

Sometimes le Carre’s books can take a little bit to get going or drag at certain points, but A Legacy of Spies moves along at a brisk pace much like his other novels, this is much more of a true mystery/espionage book than it is an action thriller. There are some moments that raise the tension though, such as Guillam’s game of leading a stalker around or Leamas’ risky extraction of a defector, but the book is mostly a tense drama about the sins of the past. The jumps in the timeline are also fresh, never confusing the reader as to what takes place when and revealing tidbits in an appropriate way as the story goes on.

le Carre’s Legacy of Spies is a nice return to the world the author started and acts as an appropriate epilogue of sorts for several of the characters. Longtime le Carre fans will be happy with the seeming conclusion he’s given at this introspective story. The themes and characters are all strong and le Carre writes a pretty engaging story that doesn’t heavily rely on the previous books to understand what is going on. All in all, it is a very good and enjoyable read.