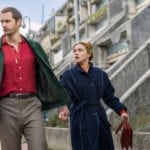 AMC and production company The Ink Factory are one step closer towards a second season of the hit miniseries, The Night Manager, based on the novel of the same name by John le Carré. According to Deadline, British screenwriter Matthew Orton has been hired to pen the second season. After The Night Manager‘s success, AMC and BBC […] 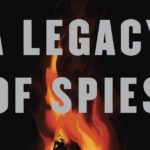 Ricky Church reviews A Legacy of Spies by John le Carre… John le Carre has had a long career as one of the best spy thriller writers with stories like The Night Manager and The Constant Gardener, but he’s most famous for the creation of George Smiley from stories such as Call for the Dead and Tinker, Tailor, Soldier […]

Following their success with The Night Manager, AMC and the BBC are reuniting for another John le Carre adaptation, teaming once again with Ink Factory for a limited series based upon his 1963 novel The Spy Who Came in From the Cold, with Simon Beaufoy (Slumdog Millionaire) set to pen the script. The Spy Who […]

The first trailer for the BBC miniseries The Night Manager has been released. The series is an adaptation of the John Le Carré novel of the same name and stars Tom Hiddleston as MI-6 agent Jonathan Pine, who is tasked with bringing down a weapon’s dealer played by Hugh Laurie. Check out the trailer here… The Night […]