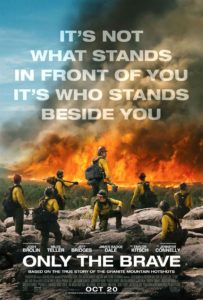 The true story of a team of elite firefighters – the Granite Mountain Hotshots – who welcome a new recruit while tackling some of the fiercest wildfires in Arizona.

The true story of the Granite Mountain Hotshots, a team of highly-talented firefighters who specialise in tackling the ever-growing danger of wildfires in Arizona. Struggling for their elite status, Eric (Brolin) acts as the selfless leader to the young and boisterous crew, but they’re seeking more additions to the team to achieve a ‘Type 1’ title, which will enable them to tackle the most daring fires. This leads to the introduction of Brendan (Teller) who’s a junkie-going-cold turkey with a newly born daughter who he’s trying to support. His hopes are that his previous knowledge of firefighting will get him on a spot on the team along with his sheer desperation.

Brendan joins and slowly but surely, integrates into the group forming a genuine camaraderie with the Granite Mountain Hotshots and loyalty towards Eric who’s a father figure to him, something he’s never had before. 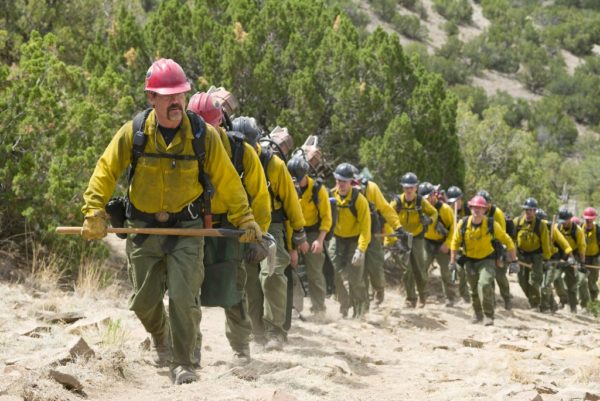 Many might not know the incredibly story of the Granite Mountain Hotshots, which ultimately ended in the greatest loss of life to American firefighters since 9/11 – Only the Brave highlights the genuine passion the Hotshots had, how they galvanised their town in Arizona and the level of duty they all felt saving life and nature as a day job. As an extra layer for the films sake, Kosinski touches on trust issues in relationships, addiction and the impact of unstable family structures.

What’s so impressive about Only the Brave, is how it’s multi-dimensional. It’s not just an action film for the sake of it. The retelling of the tragedy is really considered, which gives the film additional subplots and characters added depth, making the 134-minute runtime worthwhile without a hint of monotony.

The main draw to Only the Brave is the depth of quality in the cast, not content with one or two major stars this film offers Miles Teller, Josh Brolin, Jeff Bridges, Taylor Kitsch and Jennifer Connelly – who all give measured and mature performances, a special mention to Connelly who is flawless at times. The protagonist role is split between Teller and Brolin, which is good to know for those who are expecting a Teller-heavy Whiplash-esque film.

While it may look like any old action film, Kosinski may just have set the genre ablaze. Only the Brave doesn’t have a typical structure, thanks to the various sub-plots and brilliant performances from the array on acting talent, this is a film that will stay with you for some time.