Is this the face of the most underrated director of the twenty-first century?

It’s odd to use the word “underrated” in regards to Hollywood’s most successful director. He is the man who did change the face of popular culture with a shark, an archeologist and a dinosaur. His latest film, The Post, appears on countless ‘Oscar 2018 prediction’ listicles before a single frame was seen, and the recent trailer has only amplified anticipation.

Yet, Spielberg’s filmography has always had a “but” attached to it. E.T. The Extra-Terrestrial is great, but too sentimental. Jurassic Park is a ground-breaking technical achievement, but its characters lack depth. The Color Purple is a touching film, but it isn’t raw enough. His commercial tendencies and success has seemingly made him miss out on the critical fawning afforded to his movie brat buddies Martin Scorsese or Brian de Palma. It is cool to find Spielberg uncool.

And his past successes overshadow the complex, thorny storytelling found in the Minority Report, Munich and War of the Worlds. Each tries to make sense of the world post-9/11 as the director searches for answers to questions he struggles to comprehend. His work isn’t as toothless as people suggest it is. Spielberg, the populist director has spent the last 17 years making films about politics. 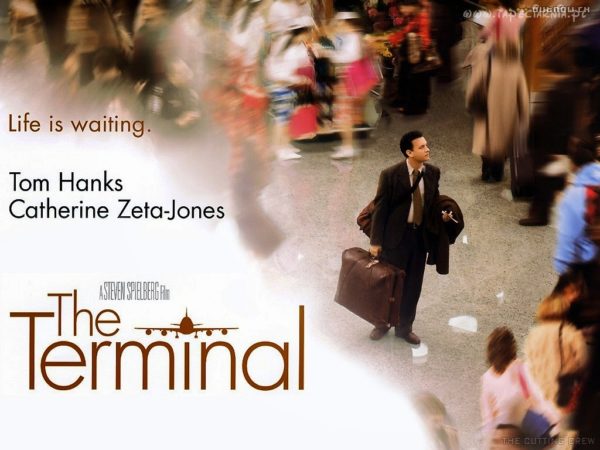 The Terminal, his fluffiest film since 2000, is about Tom Hanks stuck in an airport terminal because his homeland has dissolved and his passport is now invalid. It’s a romantic comedy exploring how bureaucracy impacts lives. As Empire said: “It’s a post-millennial fable about how the world kinda sucks.” Lincoln is obsessed with the actual process of government and Bridge of Spies is about a man sticking to the constitution amended by Lincoln regardless of the personal consequences.

In the Bridge of Spies, the consequences are shown when six bullets fly through the window of James Donovan’s house, almost hitting his daughter. Family, and more specifically the reunification of the family, is a major theme of Spielberg’s work. Where he once tore them apart in Close Encounters of the Third Kind, he now stitches them together. Susan Lacy’s new documentary, Spielberg, contends this is due to the director reuniting with his own father, and the inherent sentimentality in bringing people together against the odds only opens the director up to more criticism from those who say his work is too cloying.

But even then, it is only really in War Horse, a film as sweet as its honey-tinged cinematography, where this ending doesn’t come a little sullied. In Munich, Eric Bana returns to his family afraid he will always be under attack from Palestinians retaliating to his attacks and from Israel, who make it quite clear he’ll never be truly free. There isn’t a happy ending, just as a film examining the circular nature of modern warfare shouldn’t have one. Bana is left wondering what the point of everything truly was.

Yet, family also almost ruined Indiana Jones as the archeologist went from bedding a woman in every port to being a family man. Everyone was slightly surprised when Spielberg said The Temple of Doom is his least favourite of the franchise, especially after The Kingdom of the Crystal Skull.

The problems with what is probably Spielberg’s most famous post-2000 film are well documented. But, even then, his pure craftsmanship is undeniable. Somehow he maintains a clear sense of geography in the jungle car/boat chase as Indy jumps from car to car and Shia LaBeouf has a swordfight with Cate Blanchett.

Spielberg’s filmmaking skill is so good and unshowy, that we take him for granted. His peers from Steven Soderbergh to Paul Thomas Anderson to Christopher Nolan look to Spielberg for advice. They respect and admire him. His Amblin aesthetic is homaged in Super 8 and Stranger Things and we struggle to see beyond his brand.

Spielberg has only won two Best Director Oscars, for Schindler’s List and Saving Private Ryan, and he only won those because he gave the Academy no other choice. The Post will probably be nominated for multiple awards in February. Whether it wins is another thing, but even in the twenty-first century, no one moves a camera like Steven Spielberg.