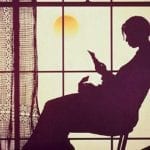 Director Steven Spielberg, star Oprah Winfrey and producer Quincy Jones are set to revisit The Color Purple, with Deadline reporting that the trio are developing a big screen musical adaptation of Alice Walker’s acclaimed 1982 novel. Spielberg previously adapted the book as a feature in 1985, producing alongside Jones, with Winfrey making her acting debut […]