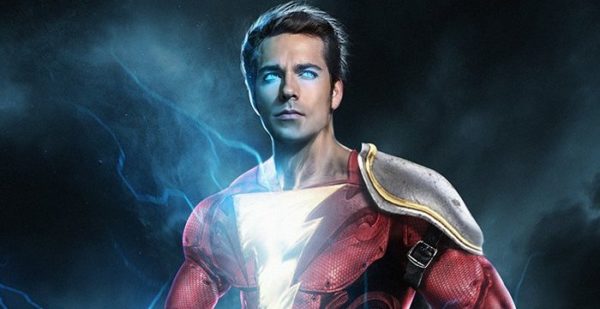 With production on the Shazam movie gearing up to get underway early in the New Year, actor Zachary Levi has been chatting to KTLA 5 about his upcoming title role in the DC superhero blockbuster, comparing the film to the 1988 comedy classic Big, albeit with superpowers.

“The hope is that it’s gonna feel like the movie Big, but with superpowers, so you’re gonna have the heart of that kind of Tom Hanks of the kid in you,” said Levi. “I’m honoured and greatly humbled to be a part of it. It’s insane. These superhero roles, they come around very seldom and to be somebody who’s blessed enough to get to pull that brass ring and to go have a franchise, a tentpole, it’s insane.”

Levi also revealed that he’s signed a multi-film contract to portray the character, and was more than happy to do so: “It’s just one of those things where you can’t look at that as being a bad thing. If you’re looking at that as a bad thing, then you need to go do a lot more therapy.”