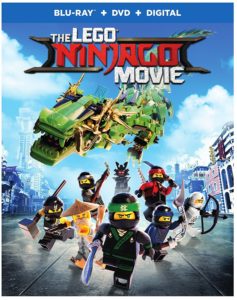 The LEGO brand has been quite successful these past few years after the release of The LEGO Movie followed earlier this year by the pseudo-spin-off The LEGO Batman Movie. It starts to show how it’s stretching, though, in The LEGO Ninjago Movie, a film about a group of young ninjas fighting almost daily to save their island town from the hero’s villainous father. Overall its entertaining, but not quite as good as its two predecessors. The Blu-ray itself makes it a bit more questionable as to whether its worth it to own the film if you’re not a diehard LEGO fan.

The film is well animated with some pretty good choreography of the ninjas. The beginning of the movie is very much influenced by Transformers/Power Rangers as the heroes fight in giant mechanized robots or animals and fight other robots and ships. It is refreshing by the end of the film that there’s a bigger focus on the group being actual ninjas and fighting without the use of robots. As said, the choreography is very well done and something one of the special features devotes itself to.

The cast does a good job as the ninjas. Dave Franco portrays Lloyd well, making him an endearing protagonist trying to move past the actions of his father while realizing his own potential. Justin Theroux also does a good job as Garmadon, though the humour for this character sounds very much like a Will Ferrell character and even seems like a slight rip-off of Lord Business from LEGO Movie. The father-son dynamic between the two characters does elevate the film a bit and Franco and Theroux share some nice chemistry. The other cast members do well, but none of their characters really stand out on their own. The only exceptions are Jack Chan’s Master Wu and Kumail Nanjiani’s Jay, the Lightning Ninja, who adds some good humour.

The story is fine, but not very memorable. I will say it did subvert my expectations by being less about a whole lot of ninja/robot fighting the evil villain and much more about the father-son relationship in a rather subdued climax compared to the opening of the film.As I mentioned above, it was refreshing to see the focus shift to a more ninja-based focus than Transformers and Power Rangers.

Rumble in the Bricks – This is probably the best look at how the film was made. Jackie Chan goes over how the animators created the many fight sequences, showing the Chan and his team of martial arts fighters and stunt people mapped out and choreographed all the moves, which the animators then filmed and animated. It’s a fairly interesting look at how this was achieved.

Rebrick Contest Winners – LEGO Ninjago had a bit of a contest for fans to create stop motion shorts that could end up in the film. This is a collection of those shorts and is kind of entertaining, but also impressive at what LEGO fans can do with their stop-motion creations. However, there’s no insight about how they chose the which ones to put in the movie. 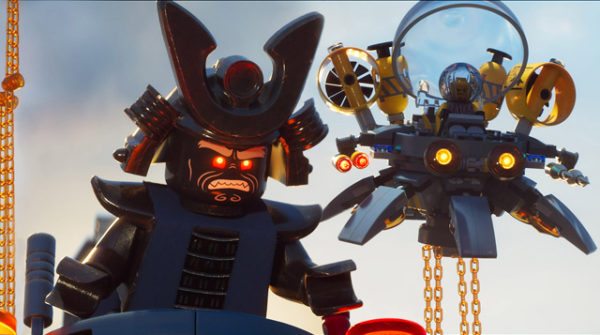 Mini-Movies – A small collection of mini-movies.

Music Videos – The Blu-ray does have 4 music videos for the film, quite a variety for anyone interested in them.

LEGO Ninjago TV Series Sneak Peek – A look at the upcoming cartoon series. If you were a fan of this film, you might enjoy this sneak peek.

Outtakes – This collection if bloopers is actually fairly funny, showing a bunch of the ‘mishaps’ among the characters in the film. What makes some of these even better is the fact the Ninjago characters stand on a soundstage and in front of blue screen in many of the outtakes, giving some nice attention to detail here.

Promotional Material – A couple pieces of promos, but not trailers or TV spots. Rather, some humourous original content about keeping your phone silent in the theatre and stuff like that.

Audio Commentary – The film does feature some audio commentary from director Charlie Bean and various members of the crew to give a bit more insight into the film. 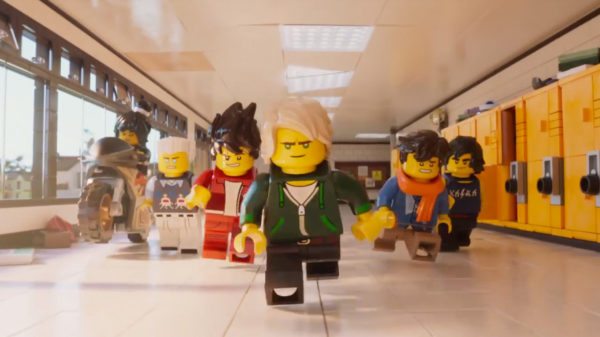 The LEGO Ninjago Movie is entertaining, but not a wholly memorable movie. It’s certainly not as good as LEGO Movie and LEGO Batman, but there’s just enough to like about this. The story was a surprising subversion of what was teased, though the other characters don’t get too much time to develop and some of the humour can be a bit tiring, particularly Garmadon, who, as mentioned, seems a bit recycled from Lord Business. While the Blu-ray does have a good amount of special features, only a handful actually gives insight into the making of the movie with the rest being ‘in-universe’ content, making this a purchase strictly for diehard LEGO fans or children.