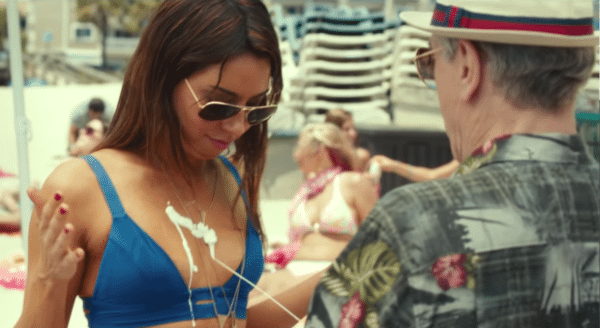 It goes without saying that low brow comedy is nothing new. Foul mouthed tirades, sex jokes and toilet humour. Occasionally these comedies might play with stereotypes relating to race, gender or sexuality. Of course attitudes have changed and. largely, comedies these days have grown up with society. This is not to say that low brow comedy can’t be funny but the trouble arises when you set your stall out as such, but forget some key things (like engaging characters, funny lines) and this is what we’re increasingly finding in all too many modern comedies.

You can have filth. You can have unlikeable leads, complete bastards. You can do something like It’s Always Sunny In Philadelphia. Everything about the show is pushing to a point but not overstepping and mixing the outright bizarre with the chemistry of the four leads. However lets move away from TV for a second and focus on film because this is an area where we’re seeing the problem arising far more. I’ve seen too many comedy films recently that go for low brow humour but lack things as basic as wit, funny lines or imaginative sight gags. It’s not that hard. Not only that but this growing acceptance of the lower than low is exemplified by respected Thespians like Robert De Niro or Kathy Bates dipping their toes into murky waters they should be nowhere near.

Here’s the thing…It’s becoming increasingly common that comedy writers think that all you need to be funny is to have a character swear and act vulgar. This can be funny, with clever writing and solid character establishment. I’ll offer you two comparison points as to low brow being funny and not being funny and they’re both perfectly connected. On the one hand you have Bad Santa, and on the other Bad Santa 2. From one film to the next we have moved from a film about a grotesque, foul-mouthed and perverted scoundrel that is hilarious and surprisingly heartfelt to a sequel devoid of charm and enjoyment. So what’s the difference? Well there are many things but the first major difference is in the script. The first film was a sleeper hit in 2003. It sort of slowly picked up an audience and gained a big cult following. It was an anti-Christmas, Christmas film that pulled you back into a warm festive mood by the end. Great lines, good performances and cast chemistry. Billy Bob Thornton as the bad Santa was inspired. He says crude horrible things. He’s racist, sexist, and grotesque but in the end someone we guiltily will to succeed. When he says some awful things they’re so over the top, brimming with ludicrous ignorance and such downtrodden misery that you can’t help but laugh (and played with tragic sincerity and relish by Thornton). Bad Santa is a film with moments I can recall and quote with regularity.

Bad Santa 2, one funny toaster sight gag aside, is just horrific in every way. Tired gags about anal sex, teabagging and handjobs are repeated ad nauseam. In some strange attempt to out-vulgar the original, those ignorant lines that are designed to tread the line without quite crossing it, do cross. Not only that but the chemistry is no longer there. Thornton is uninspired. His hearts not in it. Then you have Kathy Bates and she seems to be the latest in a line of respected actors that a lot of these comedies look at and think, “lets get this person in and have them say outrageous things.” Does it matter what these things might be? Not really. “Do they need to be funny lines or just outrageous?” “Who cares?” There’s this haphazard and lazy attitude to comedy these days. Throw as many ‘fucks’ in as possible, some bowel gags and surely people will laugh. On the surface Bad Santa 2 does a lot of what the original did, but it doesn’t take those low brow elements and do anything with a degree of care and subtlety. There’s no audience consideration and no degree of challenging the audience because ultimately in certain humour the audience is being challenged to laugh at situations they shouldn’t. We’re not merely supposed to look and laugh at the situation before us, but within ourselves. So we’ve established that Bad Santa 2 was perfect example of the modern comedy plumbing depths of witless depravity. Particularly in comparison to the first films brilliance. To put it another way, as my brother said, “there’s nothing in Bad Santa 2 as funny as Bernie Mac eating an orange.”

You can look at countless other films. I’m going to point in fact to a couple of performers in particular as being particularly guilty of modern comedy syndrome. Zac Efron and Aubrey Plaza. Firstly what I will iterate here is that I genuinely like both as performers. They both have charm, likeability and are good at comedy. The trouble is, they have both regularly found themselves lumbered in utterly dreadful comedies. They still try their best but films like Baywatch, Mike And Dave Need Wedding Dates or Bad Grandpa are just completely devoid of imagination. The latter in particularly was one of the worst comedies I’ve seen in some time. The type ordinarily consigned historically to a dark corner of the blockbuster aisles and probably a DVD premiere. Quite what Robert De Niro saw in the script for Dirty Grandpa I don’t know but whilst I felt sorry for Efron, I felt slightly ashamed of De Niro because he really should know better. Efron is at a career stage where he’s not fulfilled his potential and finds himself worryingly typecast in films like this. Likewise Aubrey Plaza. Brimming with talent but her remit all too often is to just play unabashedly foul-mouthed and promiscuous, as given her ‘unconventional’ looks that may ordinarily have lead her to playing geeks etc, goes against that image.

As I say, none of this is a new problem but it’s an increasing one and it’s becoming more and more accepted in mainstream and from respected actors. If we go back to Freddy Got Fingered, it was a film reviled and marked as a hideously misjudged release from a mainstream studio. However films of that ilk and similarly witless are now more accepted and happily greenlit. There are also a group of films that have always had pretenders follow in their wake. It could be the American Pie type or the Hangover type film. Of the latter it’s also clear that studios have decided to cynically take the diversity approach (for none of the right reasons) and that gives us a film like Rough Night in which Scarlett Johansson plays against type. She’s done comedy before but she’s never done low brow. That film seemed like an exercise in a ‘lets get women to act like men’ approach, as if that’s somehow good for diversity. Yes, women can be drunk, foul-mouthed and grotesque too. Brilliant. And? Bridesmaids as an example had certain cynical studio lead aspects to it but at the same time was at least funny and likeable. It’s okay to do a female version of The Hangover. By all means, but don’t forget to make a proper film. Engaging characters and at least a minimal thread of a plot. Make us care and more importantly be creative in the pursuit of our laughter.

Where do these problems stem from? Well for one thing, I think studios are in danger of becoming progressively more lazy (in every genre). They’re more interested in ticking boxes than crafting. More interested in franchise potential than the film at hand and quality is secondary to box office potential. This sort of approach runs through almost every studio. Some do it quite well. Marvel for example. Others are struggling a little more. However you need only look at the biggest films lately, like any MCU film or the latest Star Wars. Granted all are quite good and entertaining but the studio stamp is all over them. On top of the good bits is the feeling of a circle jerk of cynical marketing ploys just sprayed haphazardly over everything. Perfectly reasonable plot threads can be interrupted to shoe-horn in any of the following: extended universe character cameos, fan service moments, potential new toy/product lines, lazy diversity box ticking (for the sake of it rather than a genuine care to progress) and more. I’ve enjoyed the new Star Wars films (less so The Last Jedi) but they reek unmistakably of Disney’s worst aspects which intrude on the film. They’re essentially the guy next to you in the film who spends the whole time on his phone. That is Disney, or Marvel, or most studios, to varying degrees. 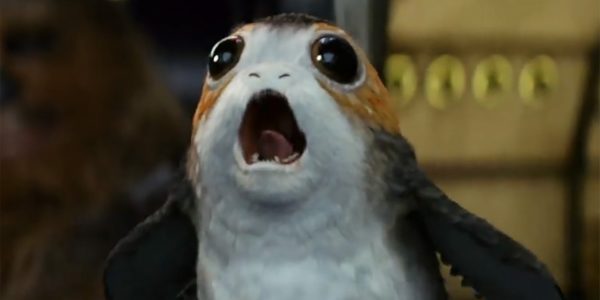 So there’s this lazy studio aspect that intrudes on comedy, like it does on anything. But it’s also a social thing. It relates to the increasingly evident notion that our attention spans are lowering. That our levels of brow are getting even lower. This in part has coincided in the rise of social media. This is the YouTube age. Our entertainment demands are potentially beginning to shift from the half hour, hour or 90 minute entertainment platforms (or 3 hour platforms as many blockbusters are now pushing toward). People now get a lot of their entertainment needs from three-minute YouTube videos. Pranks (of the most inane, witless and mind numbing nature), skits or vapid attempts at providing tips or wisdom from folk just as unqualified as the majority of their audience. This groaning, growing idiocy and lowering of standards is now reflected in what studios are willing to offer. This has spread to comedy. YouTube level humour is infecting mainstream cinematic comedy now. You don’t need wit, creativity or well crafted lines, you just need to swear, shit your pants and say something grotesque.

It comes to a point that guys like Seth Rogen and Judd Apatow and their comedic output over this century look like comedy deities. At their best they have indeed found that balance between crude and charm. At their worst though they’ve shown a lack imagination. It’s this side of their humour that seems to be more and more common among the rest of the big screen comedy world now. However this is also part of a wider problem which relates to scriptwriting in general. Until all this changes and creativity is paramount then we will see comedy possibly plumbing even lower depths, particularly as social attitudes begin to regress and some political correctness barriers potentially lift, ratings boards slacken and the crudest comedies push their luck even more.