I’m hopeful for The Last Jedi. I’ve liked every piece of marketing I’ve seen thus far. By this time in 2015, I was dreading The Force Awakens. Once I realized there was going to be another Death Star and the soft-reboot rumors were circulating, my anticipation for the next generation of Star Wars sequels had all but dissipated.

Both The Force Awakens and Rogue One were kind of terrible. They were lukewarm baths that fans seemed all too happy to soak in. This year was filled with peculiar happening in a galaxy far, far away. Directors Lord & Miller were relieved of directing duties on the Han Solo solo movie (called Solo: A Star Wars Story). Colin Trevorrow was also relieved of directing duties on Episode IX, though after seeing The Book of Henry this might have been a good call. There’s been a pattern forming which started last year when Disney decided to gut Gareth Edwards’ Rogue One. I’m not sure what state the film had been in before Disney decided to take it to the chop-shop, but I know the finished Frankenstein film I saw in theaters was an incoherent mess.

Every decision Disney makes seems to be based on adhering to a strict vision of how they want this franchise to be handled. But every decision made towards that end seems to favor stripping away any sense of individual identity in favor of a collective formula. Was anyone excited when they heard J.J. Abrams would be coming back for Episode IX? Or that Ron Howard would take over the Han Solo solo film?

I wasn’t. I was just disappointed. 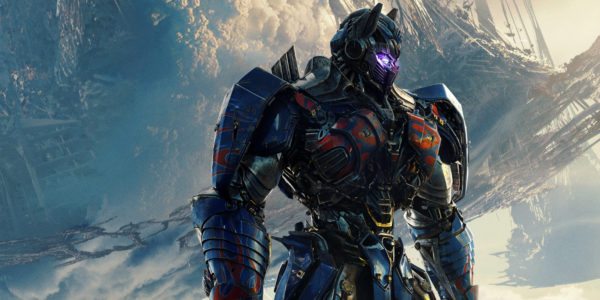 Michael Bay had made four amazing Transformers movies. Engaging action spectacles with well-written characters. He had the unenviable job of bringing robots that transform into cars, trucks and planes to life and infused these popular characters with soul. A fifth, final Bay Transformers movie felt like a guaranteed hit with audiences and critics. But with The Last Knight, Michael Bay has shown that he is indeed human. His attempt to create a fifth masterpiece saw him flying too close to the sun on wings of wax. I suppose all of our heroes eventually falter, but the winning streak for Bay had been unrivaled in the entertainment industry.

What’s most disappointing is how great the first half of the film is. We’re introduced to an exciting new cast of kid characters who bring an unbridled optimism into the story that we haven’t seen since we first met young Sam Witwicky. Get to know their names, because these kids are going to make the cast of Stranger Things look like Dickensian orphans by this time next year. Cade Yaeger (Mark Wahlberg) makes a triumphant return to form as the blue-collar everyman who may be 2017’s most electric hero. There’s some great Transformers history worked into the film’s opening seamlessly weaving King Arthur & Merlin into the lore. The film’s second half is where the threads begin to become untangled. Bay has introduced so many amazing elements in the film’s first half that he ends up leaving too many plot elements unresolved and audiences yearning for closure. Even the presence of Anthony Hopkins couldn’t hold it all together. And while everyone else was yammering on about Andy Serkis’ motion capture performance for War of the Planet of the Apes, it was Jim Baker’s Cogman that pushed the envelope for virtual performances in 2017.

It’s not that The Last Knight is a bad film, but it just doesn’t ultimately deliver the same thrills and clarity of vision as the first four. And that’s what Transformers fans, or ‘Trannies’ find disappointing.

I’m not sure when Marvel decided to give up telling lucid, coherent stories. It was probably around the time the execs over at Marvel Studios noticed they were burning through major event comics of yesteryear with their hit movies. By next year, Marvel will already have tackled Infinity War, Civil War, Planet Hulk and Age of Ultron. Marvel Comics’ new editorial mandate seems focused on multiple yearly event comics to try to fill the well of intellectual properties the movie division can draw from. This has led to absolutely terrible offerings like Secret Wars and Civil War 2. But neither of those were as disappointing as Nick Spencer’s dreadful Secret Empire.

Spencer had been taking legitimate flak from fans ever since Captain America declared ‘Hail Hydra’ and Secret Empire was an attempt to bring his warped, weird, incomprehensible vision to a conclusion. Marvel did what they do with all terrible events; used it as an excuse to hit the reset button and restore a familiar status quo.

Marvel comics currently feel like the print version of DC on the big screen: Lots of random, unorganized ideas without a blueprint. It’s a shame that in this golden age of superheroes on television and the big screen that the medium that spawned them has become so creatively bankrupt.

Valerian and the City of a Thousand Planets

Disappointment is the product of high expectations. Luc Besson’s new sci-fi adventure might not have been that high on most people’s list of anticipated films for 2017, but it was on mine. I love old-school Besson fare like La Femme Nikita, Leon: The Professional and The Fifth Element. Given the source material, Valerian felt like Besson’s chance to re-channel some of that manic energy he used to be known for. And while there are interesting elements adapted from the source material created by writer Pierre Christin and artist Jean-Claude Mézières, the movie never achieves anything other than interesting visuals. Dane DeHaan and Cara Delevingne are absolute washouts in the lead roles with the charisma of a box full of damaged toasters.

For my money, Valerian and the City of a Thousand Planets was the year’s biggest cinematic disappointment.

There’s some of my biggest disappointments of 2017. What were yours?