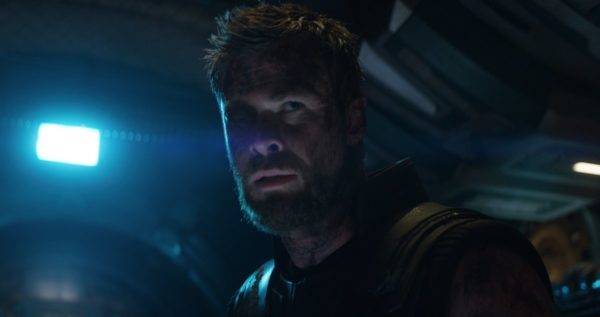 Judging from the first trailer for Avengers: Infinity War, there is a metric-ton to be excited about. There is so much going on in the footage, that it’s hard to pick just one moment that stands out. Well, what about the creators of the film? What’s their favorite part of the movie? It turns out, director Anthony Russo has his pick. Speaking to Comicbook.com, the Avengers: Infinity War co-director reveals that he is on team Thor:

“I’m going to pick Thor because Thor, we’re picking up his story from the end of Thor: Ragnarok and at the end of that film as any fan would know his home planet of Asgard is destroyed, and so the character is in new territory so to speak, because his past has been torn away from him to a degree.”

Anthony also spoke about Thor’s evolution in the movie, stating that: “I think it’s very similar to Captain America’s situation when we picked up his story in Winter Solider when Joe and I came on to do our first movie for Marvel. Cap was in a place where we were very much catching him up in the modern world and seeing what that meant to him, and figuring out how you move a character that far forward and that far away from where they started back during the 40s, so I think in Thor we have similar opportunities with that character in this movie is that he’s going through a radical transformation and he’s moving forward in a way where he can never go back, and that’s always a fun place to be with a character as a storyteller.”

This answer would have seemed surprising before the absolutely bonkers (in a good way) Thor: Ragnarok. Prior to Taika Waititi’s efford, Thor was that handsome, but kind-of-dull friend everyone has had at one point. Given his complete make-over, however, it’s no surprise that Anthony Russo would pick the God of Thunder. Also, he’s right: Thor is in uncharted territory, and his story must have been exciting for him to work with, and it will probably prove doubly exciting for fans to discover when Avengers: Infinity War opens in April/May.