Last years microcosmic lifespan of Universal’s Dark Universe, halted by the failure of The Mummy, put paid to a series of run-before-you-could-walk spin-off movies; The Invisible Man, The Creature from the Black Lagoon, and The Wolf Man. 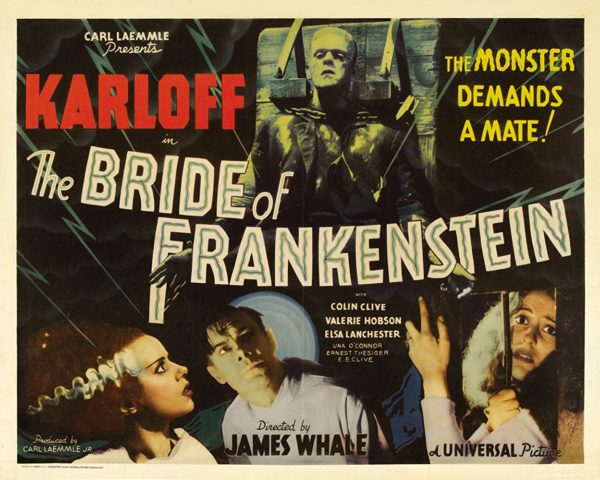 Appropriately enough, the only film that appears to have been brought back to life is Bill Condon’s Bride of Frankenstein, which was about to get underway with its London shoot when the bandages began to unravel on Tom Cruise’s summer flop.

However, such forward momentum would rule out original Bride, Angelina Jolie, who is set to reprise her role in Maleficent 2, with cameras set-to-roll in April on the Disney sequel.

It appears that the popular choice to replace her is Gal Gadot, who was linked with the monster movie last year, but she’ll be kicking ass as Wonder Woman when Patty Jenkin’s sequel gets underway this summer, so they’ll either have to wait, or attach the paddles to another actress.

Would Gadot’s involvement pique your interest in Bride of Frankenstein, or has your patience with the brand expired after Dracula: Untold and The Mummy? Let us know in the comments below…