With a summer 2019 release date locked in and pre-production moving full steam ahead towards a March 1st production start date, That Hashtag Show is reporting that Chad Stahelski has officially signed on to direct the third instalment of the John Wick series, while the outlet also offers some details on returning cast members joining Keanu Reeves’ titular assassin.

According to the site, John Wick 3 will see the return of Cassian (Common), the Bowery King (Laurence Fishburne) and Ares (Ruby Rose), while Hiroyuki Sanada (47 Ronin, The Wolverine) will portray the new villain, said to be the head of a Japanese crime syndicate. Stahelski is also said to be casting a new female role, searching for an actress in her late 20s to early 40s.

With production kicking off in a few short weeks, expect some official confirmation and further casting news on John Wick 3 very soon.

Meanwhile, following the news that Starz has picked up the spinoff TV series The Continental, Starz’s President of Original Programming Carmi Zlotnick has been chatting to SlashFilm about the network’s plans, revealing that the show will follow an entirely new hitman character:

“He won’t be an assassin at the very beginning,” said Zlotnick. “I don’t want to give too much about the story away, but it’s somebody who is new to the world. His origin story, when you go back to the beginning, unknown to him, has some ties to the world. I think the story will be told present day, but a lot of the present day drama will be informed by what happened in the past. I think the timeline for this show runs parallel with the timelines of the movies. So they’re contemporaneous but they’re separate. These are separate characters, separate stories. It’s set in the John Wick world.”

“Usually we think about eight episodes for a first season,” he continued. “Usually trying to do more can be a bridge too far, but we’re discussing it. I think it’s always got to fit the needs of the story as well. Yeah, this is an action show. [Director] Chad [Stahelski]’s involved, we expect that whole gun fu aspect to it. That’s the nature of the franchise… There are certainly conversations about having Ian McShane back. The good part is we have some sort of insight into his schedule because of our involvement in American Gods. We’re in conversations with Ian.” 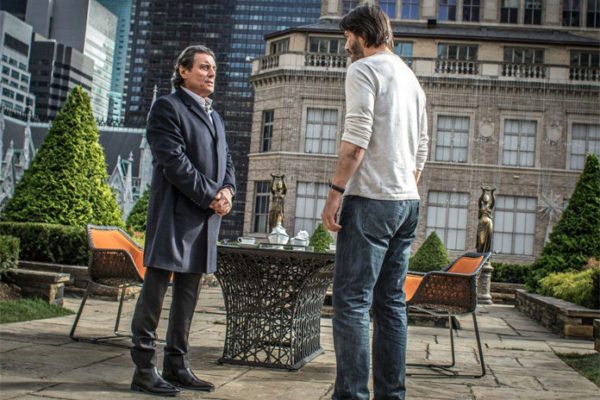