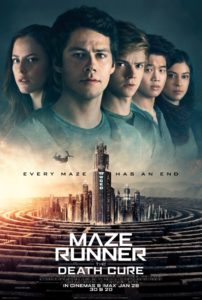 Young hero Thomas embarks on a mission to find a cure for a deadly disease known as the “Flare”. 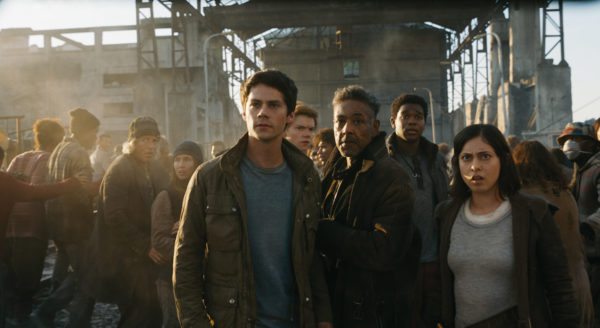 The Maze Runner has always been a disposable run-of-the-mill young adult dystopian franchise, but that sentiment truly got put to the test as I watched its trilogy capper The Death Cure as fairly as I watch and review every other new release. I took a glance at my reviews of previous entries before heading to the screening, which is usually enough to jog my memory. Rarely do I ever rewatch past films to prepare; quite honestly, I have a terrific recollection of past events and often find it unnecessary, but most importantly trust my judgment for future reviews even without doing so. With that preamble out of the way, during the first hour or so of The Death Cure, major plot elements, characters, motives, and more were completely unrecognizable with barely anything coming back to mind watching the finale unfold. It’s like attending a high school reunion or similar social gathering where someone randomly approaches you and asks if you remember them as you nervously nod your head “yes” not knowing who the heck you’re talking to and looking for the nearest exit.

Far stranger than anything written above is that Maze Runner: The Death Cure turned out to be my favorite of the bunch. It lacks the advantage of the virtual reality maze or luscious post-apocalyptic landscapes, instead, taking place in a WCKD stronghold city with little to no futuristic imagination behind it (it continues to resemble sci-fi 101 with electricity based rifles, glossy white laboratories, and unmemorable monster designs), but the story has momentum and stakes going for it. Let me clarify that statement, once this 142 beast of a blockbuster picks up steam, the stakes are palpably high, and that’s something typically never felt when watching a film from the franchise. Reason being is that most of the time, the series (possibly also an issue with the novels by James Dashner) is far too concerned with adding more questions than either answering established inquiries or cutting to the chase with spectacle. 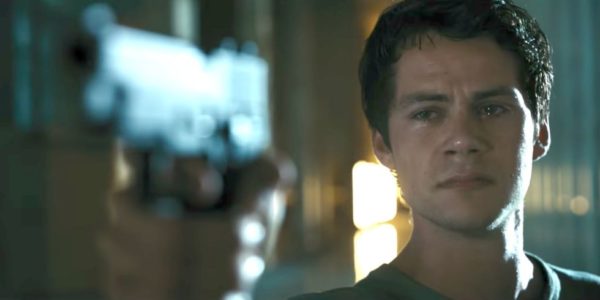 Maze Runner: The Death Cure subverts this trend as it actually starts out with some bombastic action, a Mad Max reminiscent wasteland chase sequence involving vehicles, trains housing captive passengers, and a rescue helicopter. With all of these ingredients in the mix, it’s understandable how star Dylan O’Brien, unfortunately, got on the receiving end of a stunt gone wrong (a vehicle crushed most of his ribs subsequently halting production for months); it’s an explosive opening that sets the stage for, surprisingly, a great deal of nonstop action. Good for you if you remember and care who and why these young teenagers need saving, as that’s just an added bonus on top of the fun. However, most people will likely just cringe at the love triangles and filler subplots made up of largely uninteresting personas.

As Thomas (Dylan O’Brien) continuously reunites with old friends ranging from a supporting cast of familiar individuals (including Will Poulter, Kaya Scodelario, Aidan Gillen) and fresh faces (the charismatic Walton Goggins as a ghoul resistance fighter that gets shockingly little to do in a thankless role), another set-piece is just around the corner, coming in a variety of forms whether it be the series’ bland depiction of zombies, infiltrating WCKD headquarters, long time coming physical confrontations, and revelations (although keep in mind, this is standard young adult fare meaning its cliché, generic, and predictable). The first half of this admittedly feels superfluous, dragging the story through the mud until it can reach much more exciting locations and showdowns, but it’s still rarely ever boring thanks to some impressive production design (even brief scenes focusing on the Maze or other previous environments seem to have more detail and a bigger budget for the finale) that effectively keeps up skillfully capturing the final act’s onslaught of rebellion. 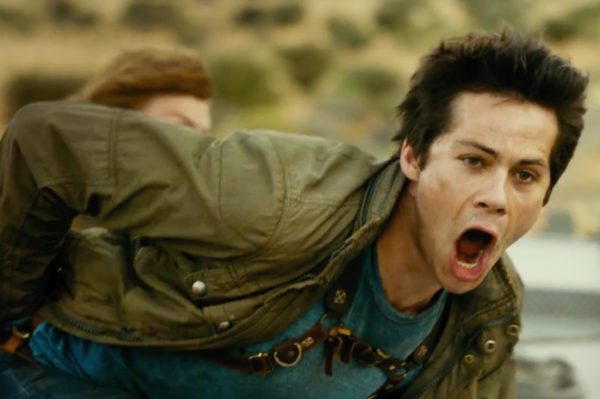 A true standout here is the villainy, hammy performance from Game of Thrones star Aidan Gillen as Janson; the character gets far more screen time than he did in The Scorch Trials along with a green light to chew the scenery. Gillen is obviously naturally gifted at portraying any evil presence, but he is having fun reveling in the dastardly deeds which in turn allows the audience engage with the trope-filled plot. Everyone else seems to be stuck in a film taking the silliness far too serious. With that said, there are a few key deaths, and truthfully, one of them is very unexpected deserving of kudos.

Again, if nothing else, Maze Runner: The Death Cure is a mildly entertaining roller coaster ride that works as far as action goes, yet fails in pretty much every other area. It’s as forgettable as the others, but at least I wasn’t ready to fall asleep this time. Realistically, it’s a miracle that the franchise was able to get finished considering most, if not all, of the recent additions to the young adult dystopian catalog, have failed to impress, coming across as pale imitations of The Hunger Games. Those movies worked because they reinvented the titular games every time, whereas Maze Runner consistently abandoned its core concept only to drive itself further into generic territory. Competent action and a talented cast carried this franchise to decent box office numbers and its conclusion, not a quality narrative.