George Chrysostomou on the multiverse…

The DC TV shows that can be found on The CW are unique for one very specific reason. Although it is rare for TV shows to crossover, there is an element to these superhero stories that is heavily relied upon to move the narrative forward, offering solutions to new characters, crossover events and the integration of other TV shows such as Constantine. I am talking about DC’s multiverse, which has been used consistently in the Arrowverse TV shows, most recent of which was in the mega crossover episodes Crisis On Earth X.

The multiverse solution is a really creative tool, that can write around any situation and retcon various other story concepts – such as the presence of multiple Flashes in The Flash, or the emergence of the evil Black Siren, despite Earth One’s Laurel Lance being deceased. It’s a clever device to give actors a way to bounce off of one another, in completely different roles to those which they are used to. To a greater extent, the concept of different realities can thus be introduced, with the Music Meister using this concept in the much loved musical crossover episode of Supergirl and The Flash.

It is extremely likely that the multiverse will be used for an eventual crossover the much more grounded Black Lightning. Although producers plan to keep it separate for its first season, for creative freedom, it would not be surprising to eventually see the newest CW hero side by side with the rest of the Arrowverse. The same too could be said with Gotham, which currently airs on FOX. With the Disney merger, will FOX want to continue hold a DC property? If not, with Syfy, which currently holds Krypton, or The CW, picking up the show, it is completely plausible that this could also cross over at some point. Even Krypton has every chance of being crossed over in an infinitely useful narrative tool. The film universe as well, the DCEU, has been described as a different facet of the multiverse, with higher ups seeing the whole DC brand at linked through a vast array of multiple dimensions.

With Star Trek: Discovery exploring the Mirror Universe, it seems apparent that more properties should use the multiverse/parallel dimensions that exist in their lore, to create an array of unique stories. Agents of S.H.I.E.L.D. used a similar concept when going into the Framework, a parallel reality that existed within a computer network. This was not only applauded by fans and critics alike, becoming a creative way to reintroduce Hydra, create a Madame Hydra and bring back long since deceased characters, whilst giving others more villainous or heroic roles – but it was also a lot of fun for the cast and crew who got to play around in a brand new sandpit of ideas. 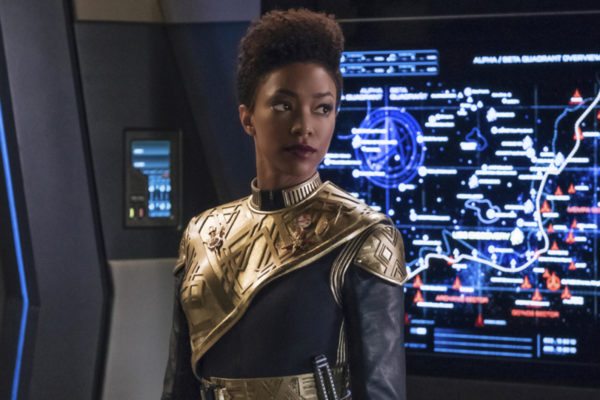 Perhaps this concept can be used more widely, in order to solve some narrative issues or continue to move forward franchises. Marvel for instance, could greatly benefit from the concept of the multiverse. Take Fox’s X-Men for instance, one a way in which continuity could be solved is the presence of the multiverse. Simply putting Deadpool in a completely different universe for instance could instantly explain the fourth wall-breaking persona and explain why there have been two versions of Colossus. There is of course a bigger reason I use the example of the X-Men universe in discussion with the multiverse.

With the very real possibility of an X-Men and Avengers crossover, there are really two ways in which these famous characters can be introduced into the MCU. The first is by tearing down everything that has come before, instead opting to start over completely afresh. I could however see Deadpool continuing to exist amongst these characters, become the launching pad for a brand new type of X-Men universe. Not only that, but the Merc with a Mouth could very easily make everything a lot simpler by breaking the fourth wall again and mentioning the merger with Disney. The second way in which the X-Men can join the MCU is through the multiverse. 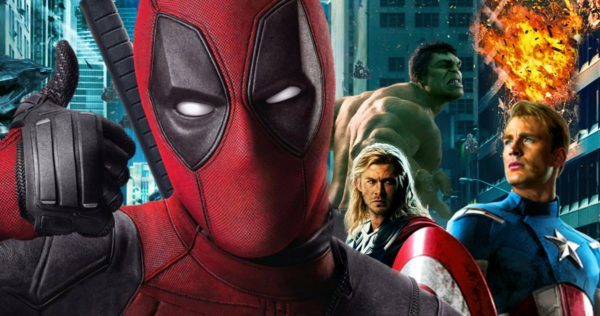 The concept of the multiverse in the MCU has been somewhat explored already in Doctor Strange. By using this as fuel to create a parallel world in which mutants exist and having these two worlds merge, the students of Professor Xavier’s school can finally become a part of the Marvel Cinematic Universe. What’s more, by continuing to explore the prospects of a Marvel multiverse, there is infinite potential as to the types of stories that can continue. A creation of an Ultimate Universe for instance in cinematic continuity, with a brand new line of characters for future generations, can be explored. This way, longevity is put to the front of creativity, with potential films lined up for years with a brand new cast for this Ultimate Universe. Or one off stories can be created, such as Marvel Zombies, where the brand and genre can be twisted into something entirely different in order to create something new and fresh.

The multiverse narrative tool can provide a lot of options to franchises as it has done in the past with the likes of Doctor Who. The potential of this tool is endless, offering a chance to renivigorate franchises and create fun new ways to explore the worlds that have been built. Of course, this isn’t the answer to every problem, nor is it the answer to every franchise. Whilst comic book adaptations and some sci-fi will work tremendously well with this concept, other properties may not fair so well. Fantasy in particular may be a hard one to figure out. It is unlikely that the multiverse for instance, is able to explain the new Lord of the Rings TV show. Nor is it likely that the multiverse can be used in Star Wars, where parallel dimensions and indeed time travel has often been avoided. However, with the right team in the right situation, this narrative tool could be a new key to success, expanding on the shared universe fad we already find ourselves in.