Ahead of its release next month, Lionsgate has released a new trailer for the upcoming zombie remake Day of the Dead: Bloodline, a retelling of George A. Romero’s horror classic, which stars Sophie Skelton as a member of the military hiding underground to escape the undead monsters who have taken over the world above. With other survivors, she desperately searches for a cure to the zombie epidemic before it is too late. 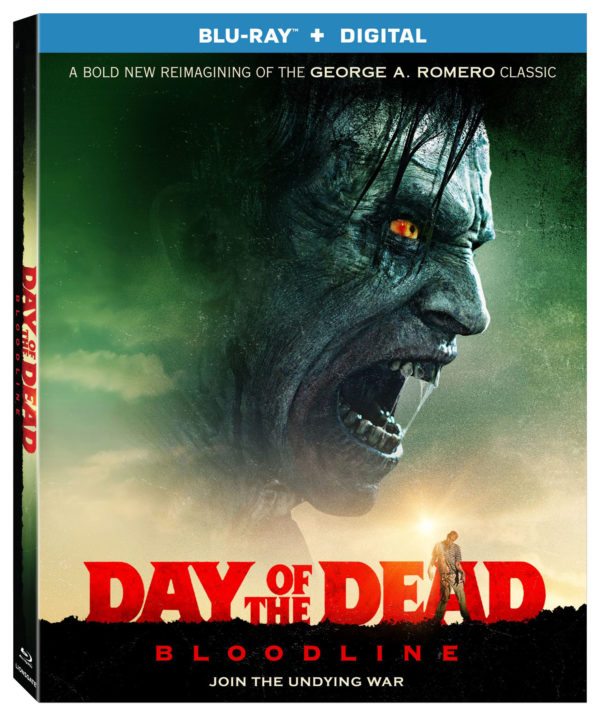 Five years after an epidemic nearly wiped out the world’s population, Dr. Zoe Parker lives in an underground bunker among a small group of military personnel and survivalists, working on a cure while fighting armies of the undead. When a dangerous patient from Zoe’s past infiltrates the bunker, he just might hold the key to saving humanity . . . or ending it.

Day of the Dead: Bloodline is set for release on Digital HD, Blu-ray and DVD on February 6th.