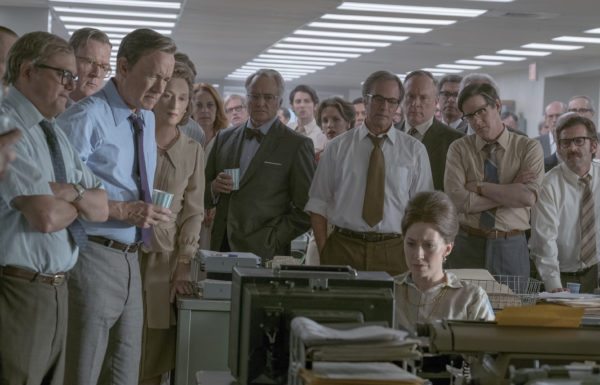 A mere 20 minutes into The Post, the new drama from Steven Spielberg, I started to experience that pleasurable feeling that only the very best movies are capable of invoking. So confidently handled is Spielberg’s latest movie, the story of The Washington Post’s battle to publish the incriminating Pentagon Papers, that I felt myself starting to grin from ear to ear. I began straining forward in my seat in anticipation, as if to reach out and scoop each new journalistic revelation before the film’s characters did.

I should point out that as a journalist and writer myself, I’m naturally inclined towards the subject matter. Even so, the sense of unity I felt with the movie’s tenacious reporters was also tinged with a sense of embarrassment. How can I possibly claim to belong to the same field as these courageous champions of America’s First Amendment, a group of battle-hardened journos and publishers who took on the might of the Nixon administration and won?

Truthfully, I can’t. But writing as a film journalist, I can appreciate the aesthetic and cultural impact of Spielberg’s take on the material. Cinema has always been a powerful rallying cry against tyranny, and The Post is no different. Simply experiencing its pleasures, and subsequently articulating my thoughts in this feature, is to engage with a defiant, rousing piece of filmmaking that spits in the eye of current world affairs.

There are many reasons for the film’s success. As a virtuosic piece of technical cinema, it finds Spielberg at his most emboldened and lively in years, no doubt hastened by a remarkably fast production process designed to capitalise on the turbulent attitude of the Trump era. (More on which, momentarily.) Janusz Kaminski’s cinematography makes for an intriguing contrast with 1976 sister film All the President’s Men, surging and sweeping through newspaper officers, into boardrooms and up the mighty steps of Congress, Spielberg’s camerawork as characteristic in its movement as Alan J. Pakula’s is in its locked-off, subdued approach.

I couldn’t get enough of the shots of Meryl Streep’s Katherine Graham, the Post’s first female publisher, being engulfed by cavernous boardrooms full of the rich, white privileged male elite. She is the lamb venturing into the den of wolves, and watching how she subtly turns the tables over the course of the drama is electrifying. (During one key Streep speech, an audience member was so audibly thrilled they burst out in applause.) 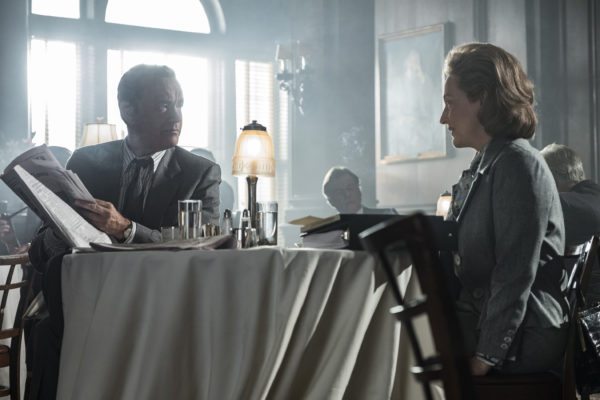 Graham’s journey is the spine of the movie, yet it is but one of the many strands dexterously handled by Spielberg and writers Liz Hannah and Josh Singer. (The latter’s confidence with cinematic journalism was earlier demonstrated to Oscar-winning effect in Spotlight, and is again in evidence here.) Far from sanctifying the Post’s approach, Spielberg is at pains to depict the corporate battle between them and rivals The New York Times, who are the first to publish about the report but are subsequently blocked by the Supreme Court.

It’s a story of industrial competition, Tom Hanks’ impressively gruff, manspreading take on editor Ben Bradlee a fine successor to Jason Robards’ earlier, Oscar-winning portrayal. It’s a narrative of industrial grandstanding versus artistic expression: so much of the tension stems from the fact that the decision to publish coincides with Graham taking the paper public, endangering her newly appeased investors in the process.

Yet the movie’s importance is determined by far more than its impressive technical and aesthetic merits. It occurred to me that my viewing of the film was coinciding with the one year anniversary of Donald Trump’s inauguration as President of the United States.

Essentially, it’s one year to the day when ignorance, fear and the hated phrase ‘fake news’ became empowered. In the year from 2017 to 2018, we’ve truly crossed the Rubicon into an Orwellian dreamstate where the very concept of ‘fact’ is thrown into doubt by the man who should be endeavouring to secure such things. Even worse, Trump’s ability to undermine objectivity as a concept sows the same seeds of doubt in the minds of his supporters. As a brand manager, his effectiveness is beyond dispute.

Somewhat perversely, The Post can be seen as a dispiriting experience. It reminds us that in the subsequent forty years from the events dramatised, we haven’t advanced from the moral darkness of Nixon’s era so much as fallen back into it. The film’s discreet shots of Nixon himself, filmed long-lens style through the windows of The White House as his familiar rasp crackles with paranoia, could easily be supplanted with another figure at their centre. (Albeit with a smart phone replacing a landline.) The parallels between two different eras, connected by a sense of authority run wildly out of control, are disheartening. 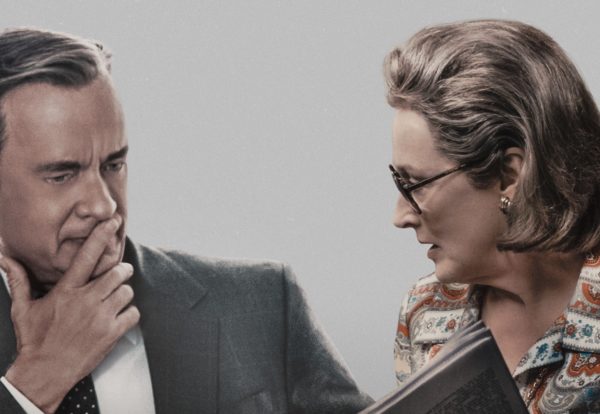 Yet isn’t this why the movie exists in the first place? Far from inviting feelings of melancholy or despair, Spielberg’s film is instead a triumphant, funny and celebratory ode to professional defiance in the face of those who would quash it. The movie’s climactic montage of the paper going to press, bubbling metallic linotype giving way to the whirring, clanking printing presses, physicalises the nerve and audacity of these real-life heroes.

It’s the culmination not just of the committment to a job but the committment to being a sane, sentient human being. The journey towards getting there isn’t easy, riven with doubt, anxiety and a possible breaking of loyalties, but out of all that difficulty, both Graham and Bradlee ultimately put aside their differences in the face of the greater good.

Not just a thrilling piece of cinema, Spielberg’s latest (for my money, one of his very best) is a plea for clear-sighted thought, intelligence and hard graft. The fact the film exists at a time such as this is in itself a call to arms. Here’s hoping other directors will swiftly pick up the baton.

Sean Wilson is a writer, journalist and soundtrack enthusiast and can be found on Twitter here.