One of the many questions raised by The Walt Disney Company’s acquisition of 20th Century Fox’s film and TV assets is how Disney and its subsidiary Marvel Studios will handle Fox’s X-Men and Fantastic Four properties.

The main assumption is that Marvel will simply reboot the properties as part of the Marvel Cinematic Universe. However, in recent days we’ve heard that it will be “business as usual” for Fox’s film division for the time being, with development said to be continuing on the likes of X-Force, Multiple Man and Doctor Doom.

Given that Fox has been enjoying critical and commercial success with its recent X-Men offerings (Deadpool and Logan, in particular), and the fact that Marvel already has a wealth of characters at its disposal, it is also possible that Fox’s X-Men series could continue to run as its own standalone franchise, or perhaps even be integrated into the MCU as is through some kind of crossover.

Speaking to Rotten Tomatoes, X-Men producer Lauren Shuler Donner was asked for her thoughts on a potential crossover, responding that she is very open to the prospect:

“Sure, why not? Look, it’s 18 months away, so who knows. For me, I think Bob Iger is one of the smartest men in the country. Alan Horn’s an old friend. Kevin Feige was my intern and assistant and then my associate producer on the first X-Men. Kevin and I started the X-Men together, so for me, if we work with Kevin, I’m happy.”

During negotiations for the takeover, there were reports that Marvel was keen to have Hugh Jackman reprise his role as Wolverine in the MCU (an opportunity that Jackman quickly ruled out), so we can’t rule out entirely the prospect of some kind of universe-merger, although one would have to assume it is unlikely. Still, let us know in the comments below if you’d like to see some kind of Avengers vs. X-Men event playing out on the big screen… 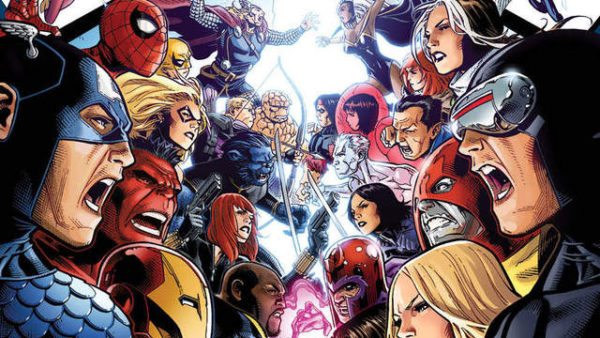