Yesterday we got our first look at a selection of tie-in books set to accompany the release of Disney and Lucasfilm’s Solo: A Star Wars Story, and tucked away among those was a new Star Wars: Lando comic book from Marvel Comics, which we now have a few more details on. 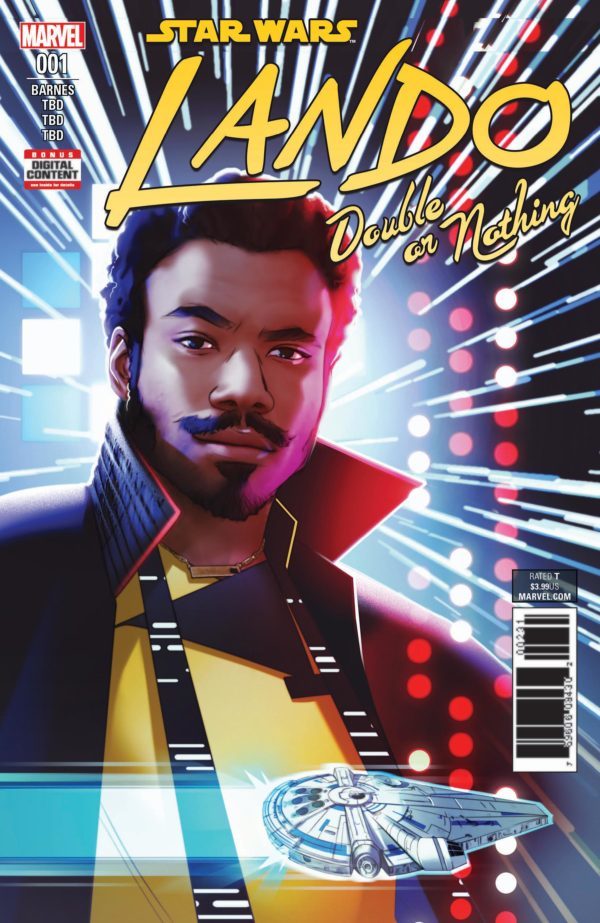 EW reports that the title – Star Wars: Lando – Double or Nothing – will be written by Rodney Barnes (TV’s The Boondocks) and play out over five issues, the first of which will hit comic book stores the Wednesday after the movie’s release.

“It’s focused on Lando set during an incident right before the film, with backstory about Lando and L3,” states Lucasfilm Publishing creative director Michael Siglain. “Coming out of the film, we think everyone is going to want ot read more about Lando.”