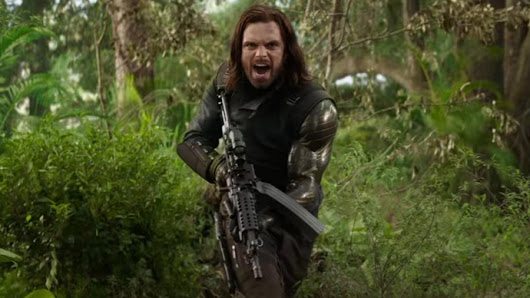 As Marvel’s Black Panther continues to dominate the box office around the globe, actor Sebastian Stan has shared a behind-the-scenes image from the movie, featuring his post-credits cameo as Bucky Barnes, a.k.a. The Winter Soldier…

As we’ve seen in the trailer for Avengers: Infinity War, we’ll be revisiting Wakanda this May as Bucky teams up with the likes of T’Challa, Captain America, Black Widow, The Hulk, War Machine and The Falcon to protect the African nation from Thanos and his minions, the Outriders.