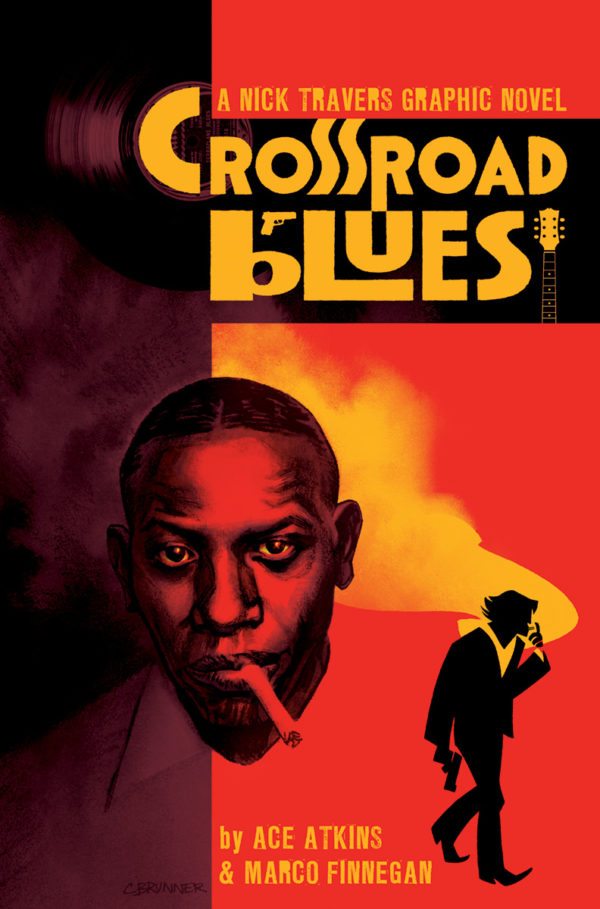 After a New Orleans college professor goes missing while searching for the rumored lost recordings of bluesman Robert Johnson—who, as legend has it, sold his soul to the devil at a Mississippi crossroads—Nick Travers is sent to find him. Clues point to everyone from an eccentric albino named Cracker to a hitman who believes he is the second coming of Elvis Presley.

“Crossroad Blues is where it all started for me,” said Atkins. “And to see it come alive through Marco’s art, exactly twenty years later, is a real thrill. The Southern iconography of New Orleans, the Delta, blues music, and Elvis Presley work so well for a graphic novel. Can’t wait to expose new readers to this pop culture mash-up of music, crime writing, and art.”

“This book is a dream come true,” said Finnegan. “Ace is one of my favorite novelists of all time, and I’m thrilled to bring his work to comics!”