Indie developer Mode4 have announced that their wild west themed action maze game, Bombslinger, will be arriving on the Xbox One and Nintendo Switch on the 11th April.  The game will also be leaving Steam Early Access on this date for PC players. 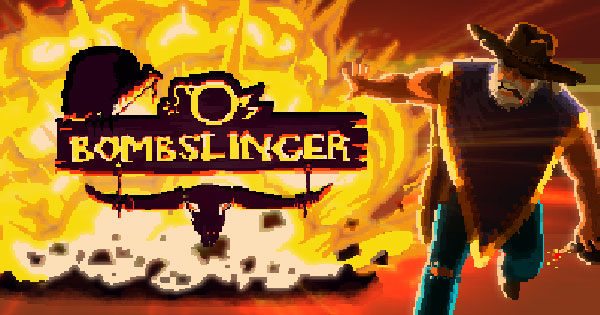 Bombslinger follows the story of an outlaw turned rancher venture out on a quest to avenge the murder of his wife and the destruction of his ranch.

In true Bomberman/ Dynablaster fashion, Bombslinger provides a classic four player free for all game mode that sees players blowing each other up throughout a series of wild west themed procedurally generated levels.  Players will be able to upgrade their characters with a number of skills and also use a variety of offensive and defensive items.

“We’ve enjoyed working with players to make sure Bombslinger has enough content to create a highly replayable experience players can enjoy alone or with friends,” says Ferry Keesom, Co-Founder, Programmer and Designer, Mode4. “We look forward to sharing the fruits of our love of classic westerns and bomb-slinging games with new audiences.”

Bombslinger will arrive on Xbox One, Nintendo Switch and PC on the 11th April.