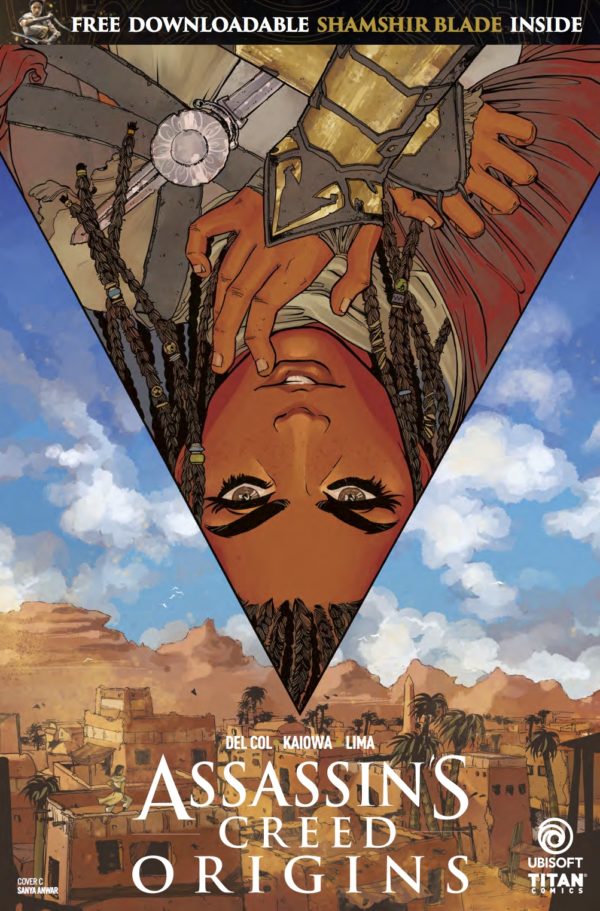 The success of Assassin’s Creed: Origins was a massive upswing for the video game franchise; with the game series taking a brief break from its yearly release schedule, we saw a new lease of life introduced into the franchise. Origins takes place at the beginning of the Assassin Brotherhood’s creation, and this new comic takes place slightly after the events of the game.

The main focus of this series appears to be Aya, who is married to the game’s protagonist Bayek. The two journeyed through the game to exact revenge on those responsible for their son’s death, but ended up uncovering more than they were expecting.

Aya’s story is recounted by Cleopatra, and revolves around Aya and her Roman cohorts bringing down Caesar and ending the dictatorship of Rome. Though the issue is Aya learning about timing and waiting for her enemies to present an opening. Her own values are quickly brought into focus at the end of the issue when things come crashing down.

The comic uses the colour schemes very well to create the locations and help place emphasis on the situations, such as the meeting in the bath house when Aya is almost blending in with the murky steam around her.

This is one for those who have dived into Assassin’s Creed: Origins, enjoyed the story of the character’s progression and want to delve deeper into these compelling characters.