KingsGroup has announced that pre-registration has begun for their newest mobile game, Dino War.  This realistic science fiction themed strategy game features groundbreaking 3D animation and will provide a stunning visual experience.  To pre-register for the game and play a typing mini-game visit the Dino War site here. 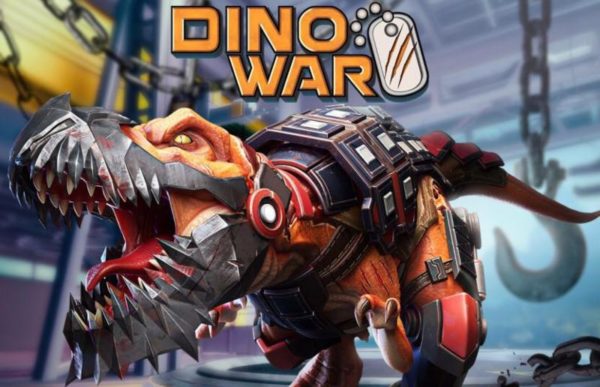 In this realistic strategic survival game a scientific breakthrough at GeneSys labs brings dinosaurs back to life causing the world to become dinosaur obsessed.  Unfortunately, things take a turn for the worse when an evil scientist unleashes dinosaurs with a virus causing the destruction of civilisation as we know it.  As one of the survivors, players will use the technology used for creating dinosaurs and aid the Resistance in the fight to save humanity from the Dino War threat.  Ammo, Materials and Energy resources must be produced to increase player’s strength and capture a wide variety of vividly rendered creatures to tame and train.

Players will be able to ally up with each other to combine their strengths and achieve greater victories plus there will also be a PvP mode, in which players must accumulate as many resources as possible, creating a strong team and destroying other player’s bases.