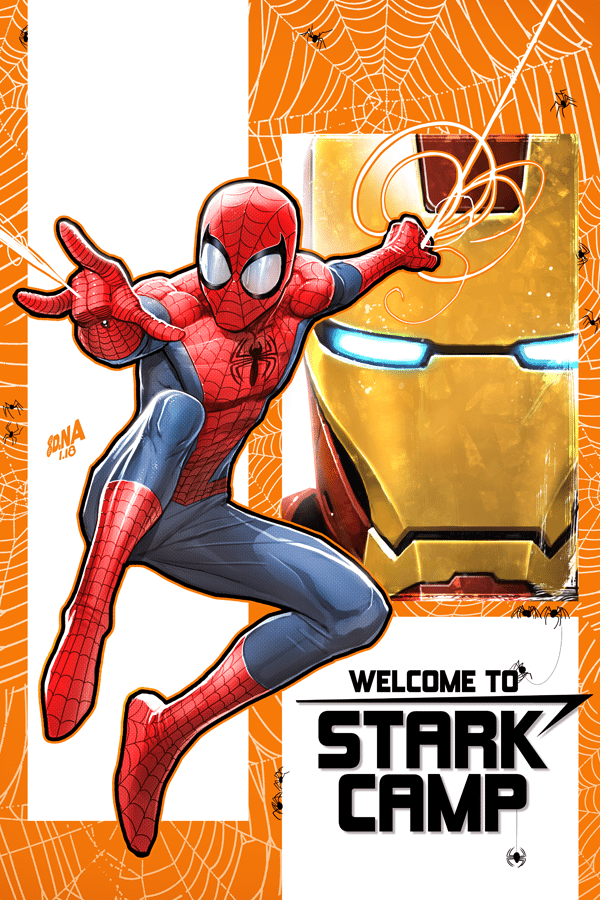 “Summer’s here, and just like any high school student, Peter Parker can’t wait to get back to studying. Er, well, maybe he’s different in one or two ways, but seriously—who wouldn’t be excited when they’re invited to spend a few weeks at Tony Stark’s science camp? As Peter makes new friends (and new enemies), super villains target the camp’s high-tech equipment… and that means it’s time for Spidey to hit the scene,” says writer John Barber. “Spider-Man is maybe my all-time favorite character, and I’m really excited to get to tell new stories about his high-school days—and to finally get a chance to work with Todd Nauck, whose art in this story is the best I’ve ever seen from him (which is saying a lot).”

Artist Todd Nauck adds, “Drawing Spidey: School’s Out hits on a lot of the high points for me drawing a Spider-Man comic! It’s always really fun to draw cool Spider-Man action. I also got to update the looks for a few of his classic villains from the Spidey rogue’s gallery as well as draw a couple of Avengers. John Barber’s writing and character interactions have given me so much fun and interesting material to play with visually. This project has been fun from issue #1 page 1!”

“Spider-Man, a.k.a. Peter Parker, is one of the most beloved Marvel characters, and now he’s starting an all-new adventure as a summer break STEM student,” states Chip Mosher, comiXology’s Head of Content & Senior Director of Communications. “Spidey: School’s Out is a fun, digital exclusive story to be enjoyed by readers everywhere.”

Peter Parker just survived his first year as the Amazing Spider-Man AND a year of high school! What is he going to do next? He’s going to Stark science camp!  A week indoors with the coolest technology in the world is a dream come true for Peter–and a bonanza for one Spider-foe who’s seriously upgraded his arsenal. Can Spider-Man keep the camp safe, and keep his identity secret from his first dormmate, while Peter Parker makes new friends and finishes his project on time?