Huge armies, epic titans and wrath of ancient gods, Kratos has faced them all and lived to tell the tale yet in the upcoming God Of War reboot, developer Santa Monica have taken a slightly different route for his exploits by introducing his son.  A new gameplay trailer can be seen below which shows off 15 minutes of action as well as a developer video looking at combat in game. 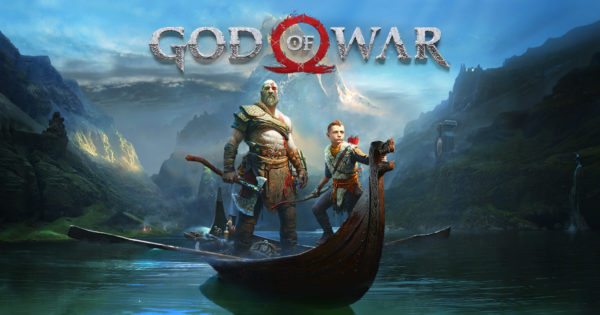 Perhaps the first thing you’ll notice in the new God of War is how old Kratos has become with his grey flecked beard, the second thing you’ll notice is he’s now accompanied by his son Atreus.  It’s been some years since Kratos stormed up the side of Mount Olympus to have a serious chat with the pantheon of Greek gods and he’s certainly been busy in that time.

Not only has Kratos become a dad but he’s also moved away from the sunny, dusty confines of Greece to the more tranquil setting of Northern Europe.  Don’t let this new setting fool you into thinking the battles will be any easier as there is a whole host of Norse mythical creatures and gods.  Being a stranger in a strange land isn’t as easy as it seems for Kratos and when it comes to understanding the Norse language and runes he has to rely on his son to help him out.  Players will also be able to use Atreus to fire his bow at enemies.

There will be a couple of special editions of God of War available including a collector’s edition with a 9-inch statue of Kratos and Atreus and a SteelBook case; and the Stone Mason edition which includes the statue and much more.

God of War will be available on 20th April.