To celebrate the World of Tanks 1.0 update, Wargaming have announced that they will be releasing the World of Tanks AR Experience app worldwide on Android devices.  Developed with support from Gravity Jack and alongside Google using their new AR platform for developers, ARCore, users will be able to see tank battles raging all around them.  A taster for this new app can be seen in the trailer below… 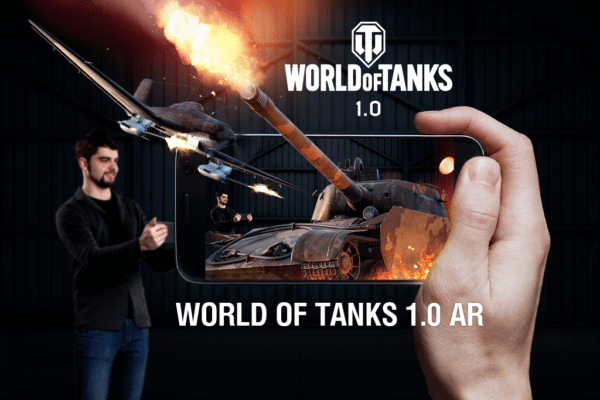 With the World of Tanks AR app users will be able to see tanks in combat everywhere with a range of sizes from huge life size tanks to tabletop scale vehicles on display.  The app is also educational and dismantles the vehicle to show the key components and providing more historical details.  There is also a social sharing feature allowing uses to share photos and videos with their friends.

“We’re thrilled to collaborate with Google on delivering this unique AR experience to millions of users around the world,” said Matt Daly, Wargaming Special Projects, “With the recent release of World of Tanks 1.0, we’re taking tank combat up a gear, and the AR app will let our players extend their in-game experience to real life.”

World of Tanks AR will be shown at the Google booth at GDC this week and released on the Google Play store for free worldwide (arrives in China in April).