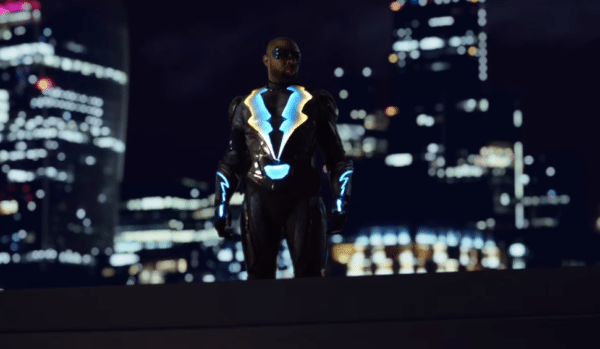 Since kicking off into overdrive with a committed storyline, Black Lightning has really started to develop its own identity. It first began as a gritty urban crime series with superheroes, much like Arrow and Daredevil, but mid-season it changed into a more mystical program with crazy costumes and people coming back to life.

With the tenth episode, the writers and producers have found a way to merge the two threads into one. I noted in previous reviews how the series was, in a way, going full circle by returning to the tone of those first three episodes: episodes that I felt were a great set-up for the show. And “Sins of the Father” continues that trend by bringing back more of the original roots. For example, we finally see Jefferson and Gambi put their problems behind them and reunite. We see the return of past characters like Will and Two-Bits. And we finally see Jefferson continuing his day job as principal of Garfield High, a facet of the show that I always found enjoyable given that we don’t have many superheroes whose alter-egos are teachers.

Two-Bits was also a blast mainly because of how hilarious his actor, Jason Louder, is able to be with limited material. In fact, one of the best things about this episode of Black Lightning is the amount of natural humor present in the dialogue. It’s a serious episode dealing with serious subject matter, but having a little comedy helps to make the characters grounded amidst all the turmoil.

With regards to the plot, it’s admittedly hard to talk about given that all the subplots intertwine with each other. Jefferson and Anissa decide to investigate Gambi’s claim about the ASA keeping the bodies of past kidnapped students in suspended animation, only for it to turn into an ambush that causes the ASA to realize Gambi is a traitor and abduct him. On the other hand, you have Jennifer still coming to terms with her powers. This unfortunately results in a preachy conversation between her and Anissa where the latter advocates the whole “you have to protect the people” without caring about how her sister feels. The worst part about this conversation, though, was Anissa claiming that Jennifer gave up on Khalil, seemingly forgetting about the fact that he participated in a cyber harassment attack against her, and followed it up by personally blaming her for his predicament. It’s a grey area when you consider that Khalil has a right to be angry, but one that was presented as a black and white situation under Anissa’s glare. 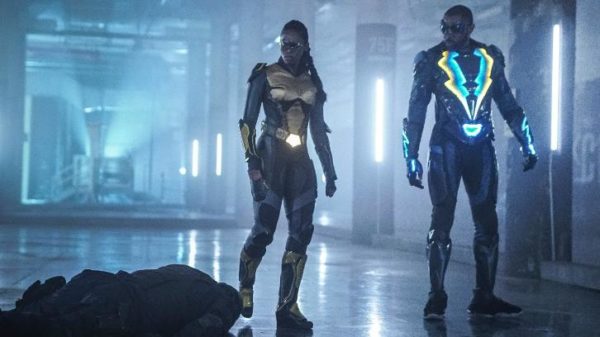 On that note, both Khalil and Tobias have been missing for several episodes now. It’s been disappointing given that I thought the idea of Tobias using Khalil to wage a propaganda war against Black Lightning was such an intriguing idea. But unfortunately the writers have either forgotten about it, or decided to hold back on initiating it till the ending.

Still, the creators did have the right idea to include another private talk between Jennifer and Jefferson in which he informs her that she can live whatever life she wants so long as she learns to control her powers. It was a touching scene that expanded upon their father/daughter relationship. Alongside this, I really have to praise the production design crew for giving Jennifer’s room an aesthetic that matches her comic book persona of Lightning: a good blend of yellows and oranges for both the wall paint and bed coverings.

Jefferson is further developed as a moral character when he encounters Lala’s drug peddling kid from the pilot and offers to privately educate him so that he can get out of this dangerous street life. It will be intriguing to see whether or not Jefferson decides to help more troubled children, but this was a good set-up regardless.

The final person to talk about is Lala. In my review of “The Book of Black Little Lies,” I noted that Lala’s return was something that needed more screen-time devoted to it over quick back-and-forths. And while I do still believe the previous episode failed to properly integrate him, “Sins of the Father” convinced me that we don’t actually need to devote an entire episode to develop him. His story of returning to the drug world while dealing with the truth that he was dead was morose yet enticing to watch, significantly helped by William Catlett’s withdrawn performance. 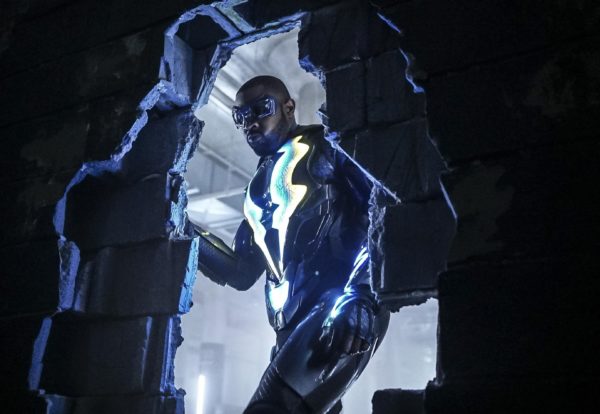 “Sins of the Father: The Book of Redemption” was the sign that Black Lightning has not only returned to its roots, but also resolved its unintentional identity crisis. Tone-wise its set, the plot contrivances have been resolved, and I’m actually looking forward to what the Akils have planned for their series finale.

Notes:
-I’ve been meaning to say this before, but they really need to get a better editor for the opening “previously on…” clips. It drags out too much.
-I have to give a shout-out to series composer Kurt Farquhar for doing an exceptional job with the show’s score. Having worked with Mara Akil before on Being Mary Jane, it’s clear the relationship between them has resulted in a more personal composition for Black Lightning.