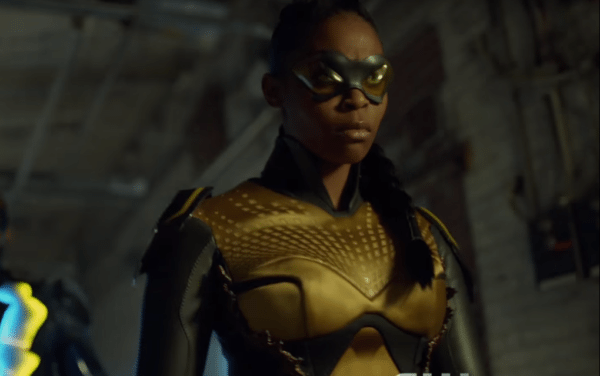 Music is a very integral part of cinematographic entertainment. During the early days of silent film, when you could not hear anything, it was up to the composers to create a mood that properly fit the context of every scene.

That same precedent applies to television, and for the most part I have been happy with Black Lightning’s choice of music. As I said in my review of last week’s “Sins of the Father: The Book of Redemption,” Kurt Farquhar has done a phenomenal job with the score. It boggles my mind then as to why the showrunners decided to toss aside his talent in favor of poorly-placed pop and R&B tracks this time around.

Maybe I’m getting ahead of myself, but as someone who loves listening to and analyzing OSTs, “Black Jesus: The Book of Crucifixion’s” awful choice of music stuck out like a sore thumb. And that’s a real shame, because the episode as a whole continued the trend of strong storytelling that has occupied the majority of Black Lightning’s debut season, minus a small dip in the middle. 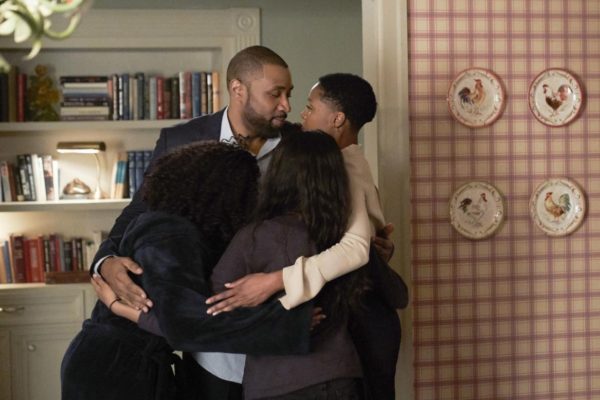 Here, we see the writers building on the previous episode’s revelations of the ASA knowing (or rather strongly believing) Jefferson’s alter ego, as well as the plot twist that Vice Principal Kara Fowdy is actually an undercover ASA agent. Fowdy has been assigned by the government group to capture Jefferson for interrogation, where he will then be transferred to a black site to (presumably) be tortured.

Usually, twists of these natures act like a double-edged sword. On the one hand, you get a real surprise, but on the other the sudden shift in a character’s personality can seem off-putting and unnatural. This can get particularly grating when the actor clearly lacks the talent to portray this secondary identity (i.e. Teddy Sears in The Flash season 2). Luckily, Black Lightning avoids these pitfalls through a couple of reasons: one, Fowdy does not act like a mustache-twirling villain. While she is loyal to the ASA, she still cares about Jefferson, and that cognitive dissonance is brought to life by the second reason: Skye P. Marshall’s acting. Marshall does a great job making Wray’s new characterization feel authentic, which goes a long way.

Because of her, Jefferson is arrested in his office and taken to prison where he is subjected to a humiliating cavity search. Those two scenes alone should have been enough to elevate this episode to greatness as it reflects what many Americans, particularly minorities, have to undergo when charged with silly non-violent felonies like drug possession. Unfortunately, my aforestated criticisms about the out-of-place songs being integrated into the show’s narrative come into play here. They simply don’t fit, and because they don’t fit they kill the mood. What should be serious, morose scenes are almost turned into YouTube-parodies. It was really disappointing. 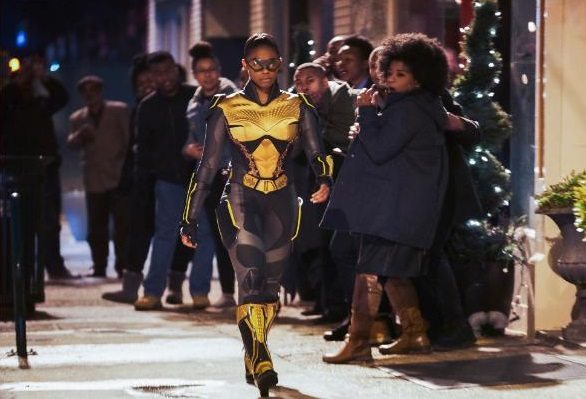 Rather than alternate this story with a sideplot like most episodes have done, this time around the writers decided to create stories that branch off of Jefferson’s imprisonment as every character actively seeks to get him out of without doing a typical jailbreak. This culminates in Anissa and Gambi teaming up to create a hologram, while Henderson works on his own on the side. Henderson’s arc I found to be the more interesting one, simply because it was nice to see the series take a grounded look at honest police work. Too often it’s easy in these kinds of vigilante shows to write off law enforcement officials as incompetent and too corrupt, but in Black Lightning there is an active attempt here to show that there is hope.

Jefferson being suspected of being Black Lightning could have been an interesting plot thread to follow through on, but it is resolved by the end. And by the looks of the next episode’s promo, Tobias Whale is finally back, so I cannot say I’m too upset. Overall, “The Book of Crucifixion” acted out an intriguing premise, but was brought down by poor song choice.