Blumhouse has released a new poster and both red and green band trailers for the upcoming sci-fi thriller Upgrade. Written and directed by Leigh Whannell, the film stars Logan Marshall-Green, Betty Gabriel, and Harrison Gilbertson; check them out here… 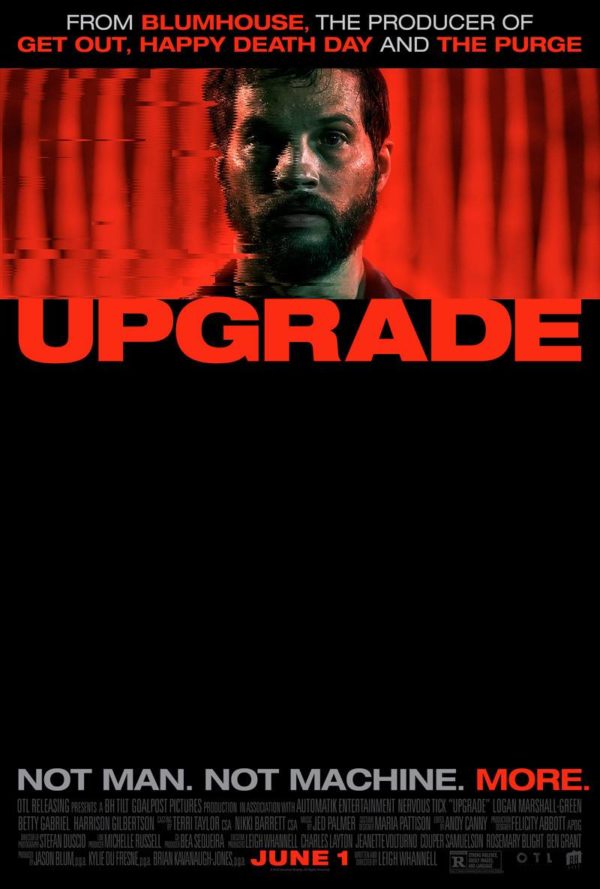 After his wife is killed during a brutal mugging that also leaves him paralyzed, Grey Trace (Logan Marshall Green, SPIDER-MAN: HOMECOMING, PROMETHEUS) is approached by a billionaire inventor with an experimental cure that will “upgrade” his body. The cure – an Artificial Intelligence implant called STEM – gives Grey physical abilities beyond anything experienced and the ability to relentlessly claim vengeance against those who murdered his wife and left him for dead.

Upgrade is set for release on June 1st.