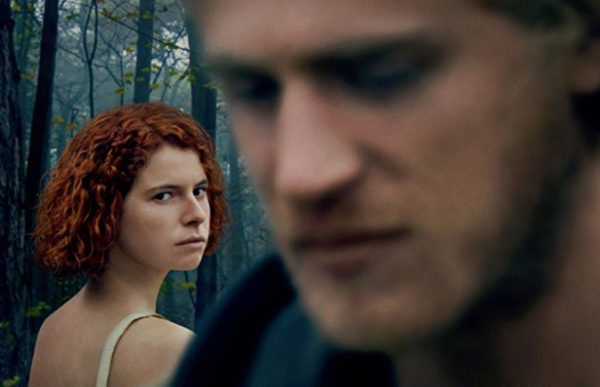 British director and writer, Michael Pearce, is in the middle of promoting his first feature, Beast, which is released on Friday, 29th April. It’s a whistle stop tour around the country, a series of screenings followed by a Q and A with the audience, so he’s putting in some pre-tour practice with a few interviews in London.

The film is something of a personal project, set on his home island of Jersey and focusing on the relationship between Moll (Jessie Buckley), who feels she is the black sheep of her middle class family, and local outcast Pascal (Johnny Flynn), who her parents actively dislike.  That’s all part of his attraction, but a recent series of grisly murders is still unsolved and much of the evidence is pointing in his direction.  Did he or didn’t he?

Pearce based the murder element of the screenplay on real events which happened on Jersey over 50 years ago, yet their memory is still very much alive today.  But he rejects the description of the film as a “psychological thriller”, preferring to see it as a warped fairy tale.  He explains why to Flickering Myth’s Freda Cooper, along with his ambition to be “an actor’s director” and his hands-off approach to working alongside the two leads, Jessie Buckley and Johnny Flynn.

Beast is out in UK cinemas on 27th April.  Read our review of the film here.